Exposed! The REAL leak behind the Cruz sex scandal - The Horn News 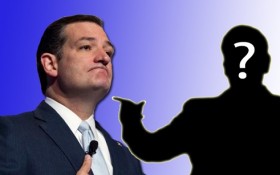 The race for the 2016 Republican presidential nomination took a turn into the gutter when it was alleged by The National Enquirer that Texas Sen. Ted had engaged in five extramarital affairs — a story the Cruz campaign rejected as “complete and utter garbage” and blamed on GOP frontrunner Donald Trump in the lead up to Wisconsin’s primary vote Tuesday.

“It is a tabloid smear and has come from Donald Trump and his henchmen,” Cruz said of the accusations Friday. “This garbage does not belong in politics.”

Trump denied that his campaign was behind the rumors…. and he may be right.

According to The Daily Beast, The Donald is innocent — and that it’s allies of Sen. Marco Rubio that may be to blame.

The article alleges that the Cruz sex scandal is a story that Rubio’s campaign had been pushing for months before he dropped out.

“A half-dozen GOP operatives and media figures tell The Daily Beast that Cruz’s opponents have been pushing charges of adultery for at least six months now—and that allies of former GOP presidential hopeful Marco Rubio were involved in spreading the smears.”

See Lyin’ Ted, even the @DailyBeast (no fan of mine) says this story came from Rubio, not Trump! pic.twitter.com/Okc8XajVnz

On Tuesday, the Republican primary heads to hotly-contested Wisconsin, where the race between Trump, Cruz and Ohio Gov. John Kasich could mark a turning point in the unpredictable GOP race.

A solid Cruz win in Wisconsin would narrow Trump’s path to the nomination, heap pressure on the billionaire to sweep the remaining winner-take-all primaries this spring, and increase the chances of a contested party convention in July.

“The results in Wisconsin will impact significantly the primaries to come,” Cruz told The Associated Press after a rally in Oshkosh Friday. “Wisconsin, I believe, will play a critical role continuing to unify Republicans behind our campaign. The only way to beat Donald Trump is with unity.”

Cruz is positioning himself to win Wisconsin, next Tuesday’s only contest, and the first primary since he began collecting the backing of establishment Republicans, such as former Florida Gov. Jeb Bush, adamant about eliminating Trump.

Trump has slightly fewer than half of the Republican delegates allocated so far, short of the majority needed to clinch the nomination before the party’s national convention this summer. Cruz has more than a third of the delegates, but is focused equally on stopping Trump and uniting most of the party against him.

If Cruz wins most of the 42 delegates — which, in Wisconsin, are allocated on the basis of state and congressional district winners — then the remaining winner-take-all contests, in Delaware, Montana, Nebraska, New Jersey and North Dakota could determine the future of this competition. A solid Cruz win in Wisconsin would likely require Trump to win those five contests to avoid clawing for the nomination at the party’s national convention in Cleveland.