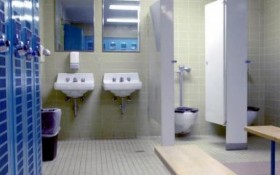 Critics long warned that making special transgender locker laws — where a man only has to claim he’s a woman and use the women’s locker room or bathroom — would open the door for misuse by sexual predators.

In Seattle, it didn’t take long. According to a reports, a man entered the woman’s locker room at Evan’s Pool in Seattle around 5:30pm on February 8th and undressed there.

Alarmed, multiple women left and alerted staff who, according to a Seattle Parks and Recreation spokesman, approached the man and asked him to leave. The man simply replied, “the law has changed and I have a right to be here.”

The man left and went for a swim, but returned to the women’s locker room a second time while a young girl’s swim team was changing.

Again he was confronted, and according to reports he “eventually left.”

Because of the new law, the man was not arrested. In fact, staff didn’t even call police. The incident only made news when a local radio program talked with eyewitnesses regarding the incident.