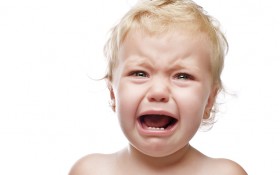 It’s not just you.  Scientists agree that the younger generation’s constantly being offended is bad for our future. Next time someone asks, “Are we raising a generation of wimps?” You can say, “Science says yes.”

The study, “Microaggression and Moral Cultures,” is warning that students in college are so easily offended, it’s bad for society. These students are using the internet to complain anonymously about feeling offended, and are becoming adults that haven’t learned to solve conflicts themselves and instead relying bureaucratic institutions to protect them.

According to the study, this is bad because

“… where offenders are oppressors and victims are the oppressed, it also raises the moral status of the victims… This only increases the incentive to publicize grievances, and it means aggrieved parties are especially likely to highlight their identity as victims, emphasizing their own suffering and innocence.

A generation of Americans who only know how be victims, not leaders.

The problem will only get worse. The College Fix spoke to one of the study’s authors, Jason Manning, who said in an email that “someone used to relying on one authority (such as that of parent or teacher) might also be inclined to rely on other authorities (such as workplace supervisors or the state).'”

The Atlantic article “The Coddling of the American Mind” puts it well, “Attempts to shield students from words, ideas, and people that might cause them emotional discomfort are bad for the students. They are bad for the workplace, which will be mired in unending litigation if student expectations of safety are carried forward. And they are bad for American democracy.”