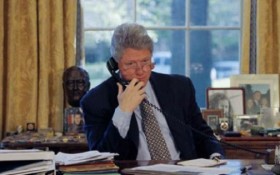 Former President Bill Clinton’s relationship with billionaire pedophile Jeffrey Epstein was closer than anyone could imagine — and newly uncovered photos from inside Epstein’s plane, nicknamed the “Lolita Express” shows Bill living it up.

And he’s even seen posing with a reported sex slave of Epstein’s during a 2002 trip to Africa.

The pictures, obtained first by The Sun, show Clinton entering and lounging out aboard Epstein’s private jet. He is reportedly shown posing with Epstein’s controversial right-hand woman, Ghislaine Maxwell, as they board the plane. Maxwell has been described by some critics as Epstein’s “pimp” that would groom young women for him.

The photos also reportedly show Clinton arm-in-arm with Chauntae Davies, the former masseuse, who claims she was an underage sex slave of Epstein’s.

“It’s clear that Epstein was using this private jet and his wealth to get close to rich and powerful people,” Davies said, according to The Sun.

Davies shared the photos of a cross-Atlantic trip that Epstein took to Africa with Clinton and other celebrities. Davies has not accused Clinton of any wrongdoing.

However, she said that, in hindsight, the photos raise questions.

“Looking back at these images now it raises a lot of questions about why Bill Clinton was using the plane and what perhaps Jeffrey may have been trying to accomplish by having him around,” she said.

Davies said she was scared of Epstein but went on the plane before he offered “trips of a lifetime.” Although hired as a masseuse, she said Epstein had her dress in a pilot’s uniform during the trip to appear “more professional.” 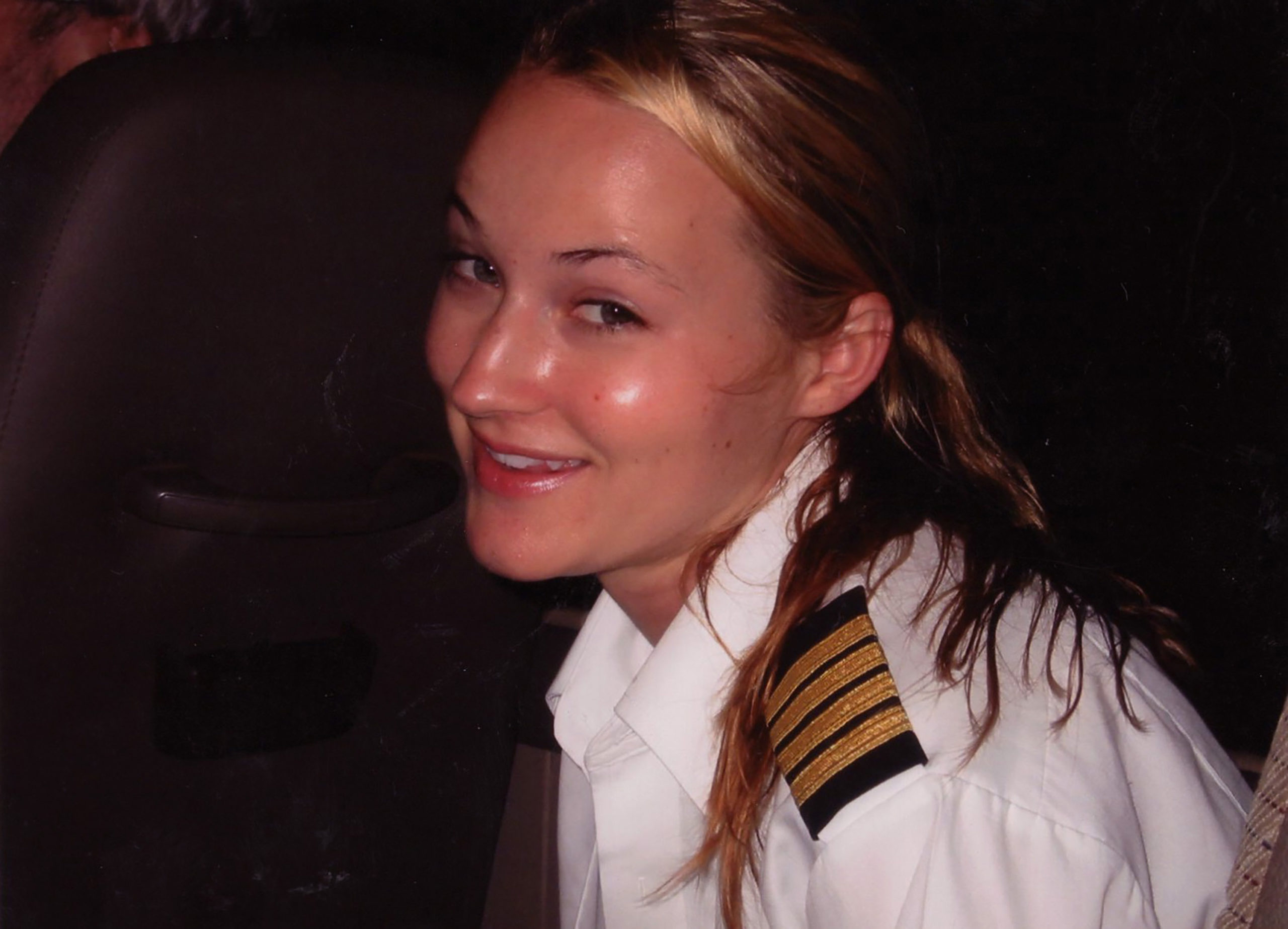 Davies during the 2002 Africa trip, according to The Sun.

She was later sexually assaulted and raped by Epstein multiple times on different trips, Davies said.

At least five times Clinton left his secret service detail behind while he traveled.

She shared the following photos with The Sun showing Clinton arm-in-arm with her, posing with reported pimp Ghislaine Maxwell, and chomping a cigar in private — 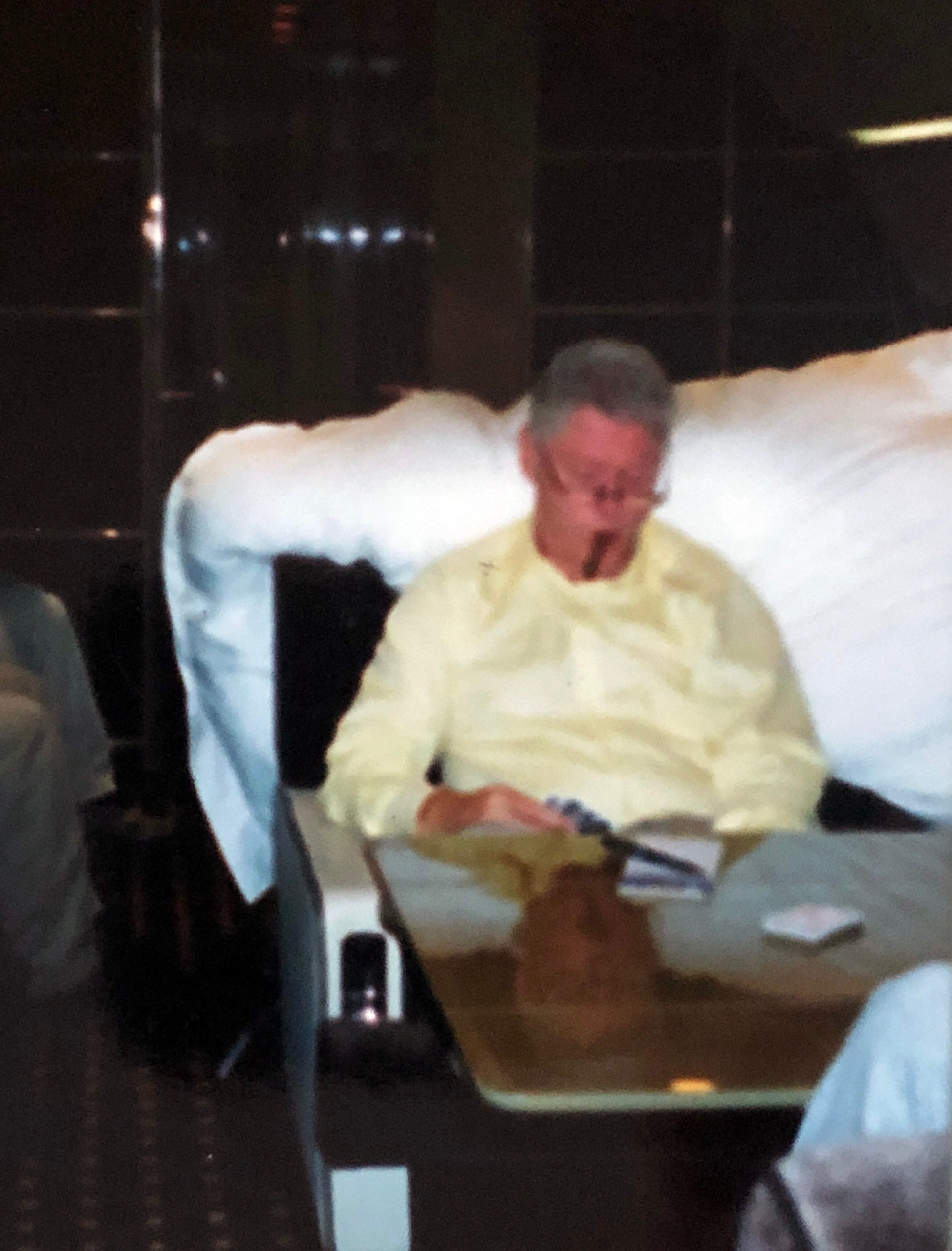 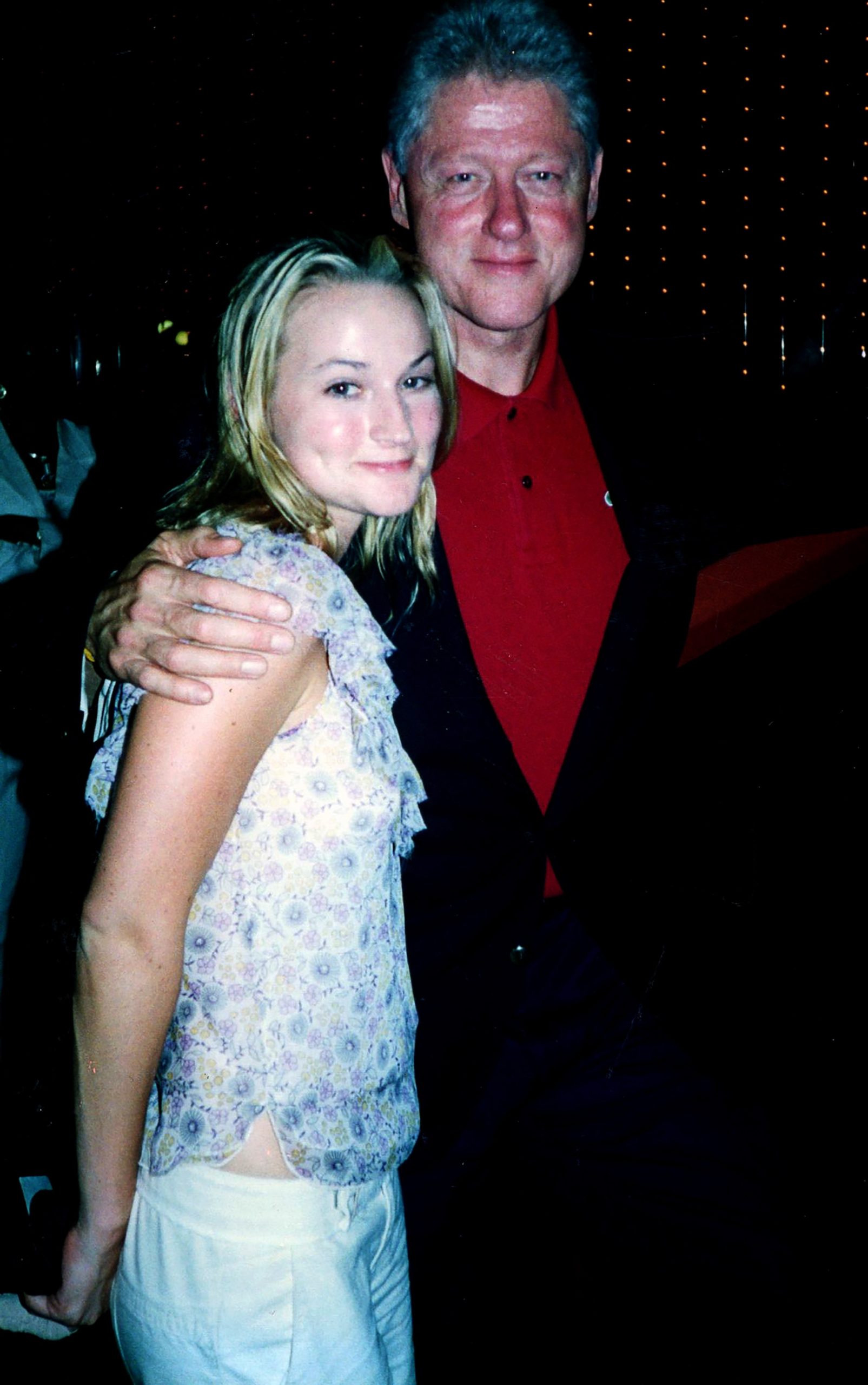 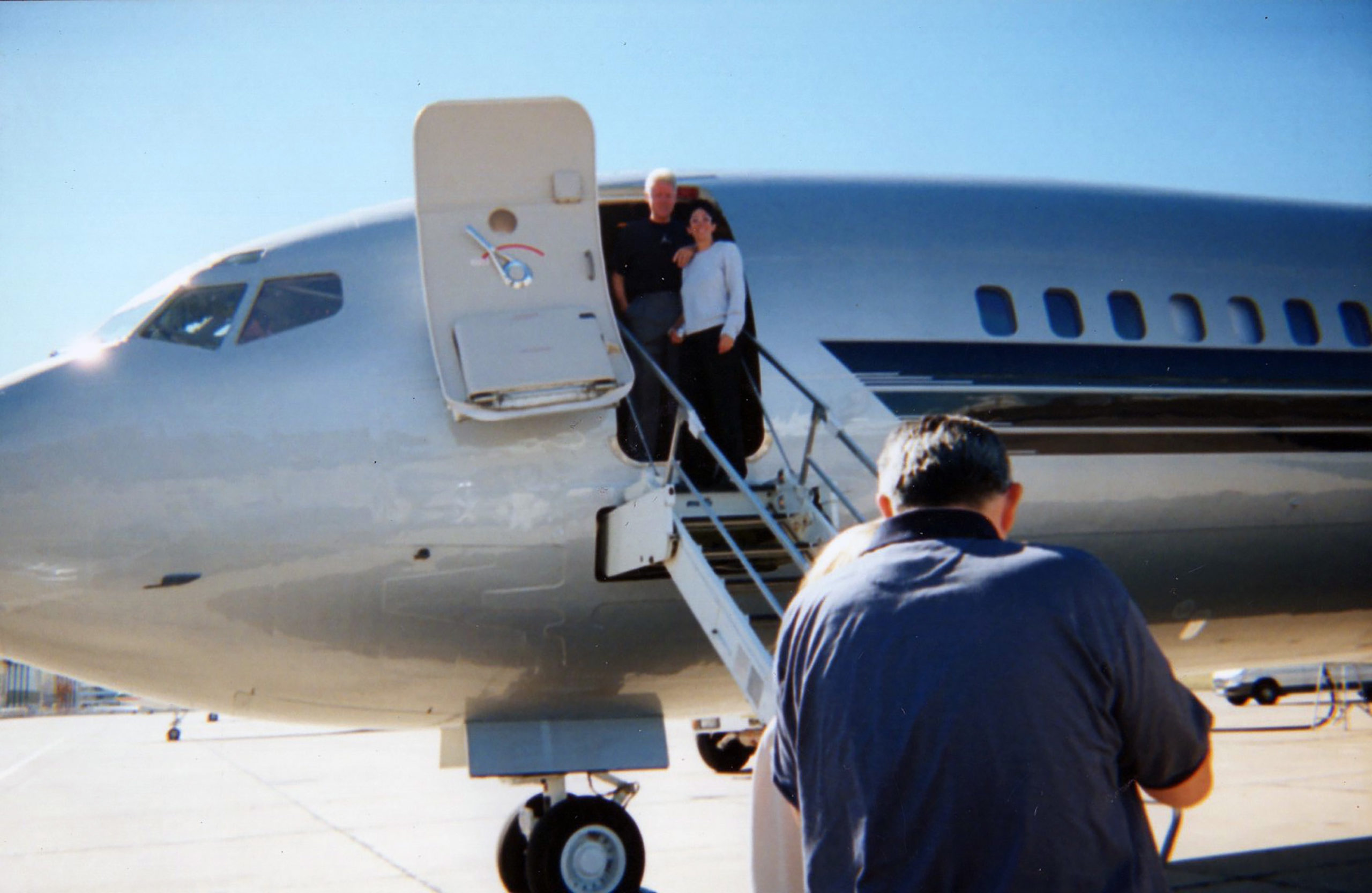 RELATED: The bombshell Jeffrey Epstein story the media is ignoring