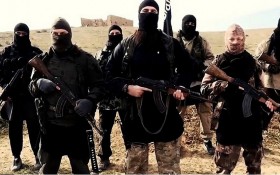 A member of the Saudi royal family has just been caught with two tons of a drug that the terror group ISIS uses to turn its fighters into killing machines.

A Lebanese official says Beirut airport authorities have foiled one of the country’s largest drug smuggling attempts, seizing roughly 4,000 pounds of amphetamine Captagon pills before they were loaded onto the plane of a Saudi prince.

The official said the prince and four others were detained Monday. The official spoke on condition of anonymity because he was authorized to give official statements.

Jihadist fighters in Syria and Iraq are being kept high on Captagon, which multiple sources have referred to as the secret weapon of ISIS. The US’s Kurdish allies point to Captagon as part of the reason the ISIS fighters are so ruthless and intense. The ISIS fighters are more prone to intense violence during these long psychotic amphetamine binges.

It’s unknown where the Saudi prince’s airplane was headed, but the fact that it was attempting to carry thousands of pounds of ISIS’ drug of choice is raising alarms.

The U.N. Office of Drugs and Crime said in a 2014 report that the amphetamine market is on the rise in the Middle East, spurred by demand from the terror group. And it appears the Saudi royal family may be profiting from this drug trade.