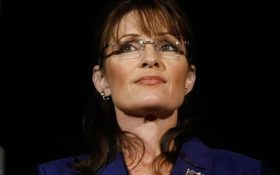 Track Palin, former Alaska Gov. Sarah Palin’s oldest son, was arrested on charges of domestic violence on Saturday. The charges stem from an incident in the family’s hometown of Wasilla, and involved his father Todd Palin.

“I can certainly relate with other families who feel these ramifications of some PTSD and some of the woundedness that our soldiers do return with,” Palin said during a 2016 rally for then-presidential candidate Donald Trump.

According to The Los Angeles Times, Track “was arraigned Sunday morning on three counts: felony burglary, misdemeanor reckless assault and misdemeanor criminal mischief for causing up to $500 in property damage, according to online court records. Each of the charges was related to domestic violence.”

PTSD is a mental disorder caused by traumatic experiences, such as those American soldiers are exposed to on the battlefield.

It requires years of treatment by mental health professionals, and can lead to enhance flight-or-fight responses.

Reset your age to 44 years YOUNG!? (Gotta see this) [sponsored]

“Wasilla police came to the Palin home after Sarah Palin called them just after 8:30 p.m. to say her son was ‘freaking out and was on some type of medication,’ according to a sworn affidavit filed in court by Wasilla officer Adam LaPointe,” The Anchorage Daily News reported.

Track allegedly attacked his father, Todd, and punched him before pushing his head to the ground. Alaska police arrived shortly afterwards and were able to subdue Track.

Do you support Sarah Palin in these tough times?