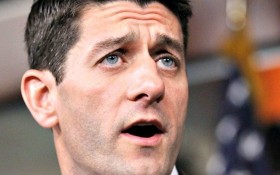 With little fanfare, Congress has slipped funding through for the controversial federal Export-Import Bank five months after allowing it to expire, betraying the confidence of both Tea Party conservatives and the billionaire GOP donor Koch Brothers, who label the bank as a form of corporate welfare.

A measure extending the bank through 2019 was included in a massive transportation bill, pushed my House Speaker Paul Ryan, that cleared the House and Senate Thursday and is expected to be signed by President Barack Obama.

Conservatives decry the bank as corporate welfare and government interference in the free market. Pushed by the Koch Brothers, leading GOP presidential candidates arrayed against it and congressional Republicans who once supported the bank announced they were opposed. Amid that pressure and with Tea Party lawmakers on the ascent on Capitol Hill, Congress failed to act when the bank’s charter was up for renewal June 30, allowing it to expire for the first time in its 81-year history.

All along, though, many lawmakers in the House and Senate, including Republicans and Democrats with major manufacturers such as General Electric, Caterpillar or Boeing in their districts, supported the bank. An unusual series of maneuvers and alliances followed, including a rarely used procedure in the House to force a floor vote on the bank over the objections of top GOP leaders.

The end result was that the measure ended up on the highway bill and five months after expiring, the Ex-Im Bank is about to come back to life.

However, conservatives and the Koch Brothers say they’re not done yet.

In an interview, Marc Short, president of the Koch-backed Freedom Partners, said that in four years’ time when the bank is up for renewal again, opponents will prevail, thanks to efforts over the past several years to raise the issue’s profile.

“Ironically … we believe we’re putting the final nails in the coffin of Ex-Im,” Short said. “We’ve been able to elevate Ex-Im as an issue that resonates with a broader cross-section of the American people.”

GOP Rep. Jeb Hensarling of Texas, chairman of the House Financial Services Committee and the Ex-Im Bank’s most outspoken congressional foe, had a similar message.

“I know if I was the CEO of a Fortune 50 corporation, I would think twice before building my long-term business plan on Ex-Im,” he said.