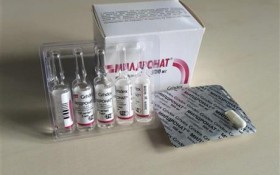 When Olympians take to the track in Rio this summer, there won’t be any Russians among them.

The IAAF has upheld its ban on Russia’s track and field team for the Rio de Janeiro Olympics, it was announced Friday.

The Russian sports ministry says it was notified of the decision by track and field’s world governing body, which ruled that the country has not done enough to earn reinstatement.

The suspension was imposed in November following a report by a World Anti-Doping Agency commission that alleged state-sponsored cheating, corruption and cover-ups in Russian track and field.

The Russian ministry says it is “extremely disappointed” by the decision to ban the entire team from the games. It appealed to the IOC to “consider the impact that our athletes’ exclusion will have on the dreams and the people of Russia.”