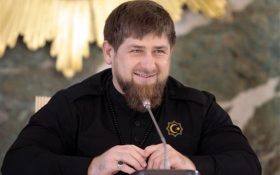 Another powerful, controversial man is taking to reality TV to find an assistant — not Donald Trump but the leader of Chechnya.

Russian state television on Thursday is broadcasting “Live — The Team,” in which participants are chosen to compete to become an assistant to Chechen leader Ramzan Kadyrov.

A statement from the state broadcaster says contestants will be judged not only on their concepts for developing the Caucasus republic, which endured two separatist wars with Russia over the past 20 years, but also on their ability to “be on time, accurately perform assigned tasks and be ready to work 24 hours a day.”

Human rights groups say torture, abductions and extrajudicial executions have been widespread during the rule of Kadyrov, a former Chechen rebel.