Rock star to Trump: Don’t use our song! - The Horn News 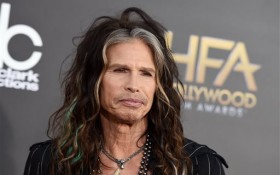 The letter says that Trump does “not have our client’s permission to use ‘Dream On'” or any of Tyler’s other songs and that it “gives the false impression that he is connected with or endorses Mr. Trump’s presidential bid.”

Tyler, who is a registered Republican, attended the GOP contenders’ first debate in August.

Attorney Dina LaPolt said in a statement that the letter is not a “political” or “personal issue with Mr. Trump,” but it’s one of permission and copyright.

Representatives for Trump did not immediately respond to request for comment.