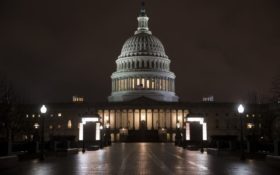 A 19-year-old Kansas House candidate who had been disowned by some Democrats for his incendiary social media posts and because he abused girls online when he was 14 years old announced Sunday that he is dropping out of the race.

In a series of tweets, Aaron Coleman said he was abandoning his campaign. Earlier this month, he defeated veteran Rep. Stan Frownfelter in the Democratic primary by 14 votes in their Kansas City, Kansas, district.

Coleman tweeted that he “made the decision to withdraw as the Democratic nominee for HD 37 so I can focus on caring for my family.” Coleman also said his father is hospitalized.

Coleman confirmed to The Associated Press that he was dropping out, but he declined to answer questions. He instead pointed to an interview with the Wyandotte Daily newspaper in which he said he would submit a letter to the Kansas secretary of state withdrawing from the race because of medical hardship.

Heather Scanlon, chief of staff to House Minority Leader Tom Sawyer of Wichita, said there was a “sense of relief” that Coleman was ending his campaign, The Kansas City Star reported.

Coleman garnered headlines for a social media post suggesting he would “laugh and giggle” if a former GOP state lawmaker died of COVID-19 and another post endorsing abortion up to the moment of birth. He apologized for the comments afterward.

After losing in the primary, Frownfelter said he was launching a write-in campaign to retain the seat he has held since 2007. No Republican candidate is on the ballot.