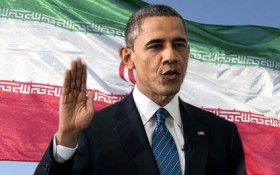 They’re on the loose and ready to KILL innocents, including Americans – and they’re out there… right now… thanks to former President Barack Obama!

A bombshell new report reveals the hidden secrets of Obama’s Iran deal. It turns out, Obama gave the Ayatollah of Iran more than huge bundles of cash.

He also helped get 21 Iranian terror suspects completely off the hook!

Obama released seven prisoners held by U.S. authorities, and dropped charges and warrants against 14 internationally wanted fugitives, according to the explosive expose published by the normally left-friendly Politico.

And, to top it all off, Obama flat-out LIED about it at the time.

“These individuals were not charged with terrorism or any violent offenses,” Obama said in January 2016, according to White House archives. “They’re civilians, and their release is a one-time gesture to Iran given the unique opportunity offered by this moment and the larger circumstances at play.”

But the new report finally names names, and Obama’s hidden secrets have come to life.

As the new investigation reveals, this was an All-Star Team of dangerous international fugitives, including some with ties to known terrorist groups responsible for the deaths of innocents.

One suspect, Amin Ravan, was believed to be part of network that acquired parts for the IEDs used to kill U.S. troops in Iraq.

“Just so we’re clear: The Obama administration described a person who had allegedly helped procure components for IEDs that would be used to kill Americans in Iraq as a ‘businessman.’ That’s like describing Colombian drug lord Pablo Escobar as an ‘entrepreneur’: It’s technically accurate, but it’s also a striking omission of critically important details.”

And Ravan may not even be the worst of the lot.

Another suspect, Behrouz Dolatzadeh, was allegedly trying to buy American assault rifles and ship them to Iran, while another, Seyed Abolfazl Shahab Jamili, was charged with trying to help Iran’s nuclear weapons program, the website reported.

Yet now they’re out there as free men, right now, thanks to Obama.

“Once again we are reminded of how brutally incompetent President Obama’s foreign policy was, especially as it related to Iran,” Congressman Lee Zeldin (R-N.Y.) told the New York Post. “I can’t say that I am surprised in the least by these most recent findings of secrecy, lacking transparency, and utter incompetency.”

SHOCKING: How to ELIMINATE your joint pain in 21 days [sponsored]

Politico said some career prosecutors had spent literally DECADES working these cases, only to see them fall apart thanks to Obama’s shady deal… and the ramifications go far beyond these 21 individuals.

Many international terror investigations are interrelated, and depend on each other to succeed. But the Obama administration’s decision to release prisoners, drop warrants and SLOW other Iran-related investigations had repercussions throughout the Justice Department and beyond.

“How much damage was done to the law enforcement side of this from us pulling back from these prosecutions?” David Albright, a physicist and former weapons inspector now with the Institute for Science and International Security, told Politico. “We have to pick up the pieces.”

Clearly, Obama wanted an Iran deal to be part of his legacy at any price. Now – 99 days after he left office – we’re just finding out what the true cost was.

— Walter W. Murray is a reporter for The Horn News. He is an outspoken conservative with decades of experience in the world of politics and investigative reporting. He is the author of “America’s Final Warning.”