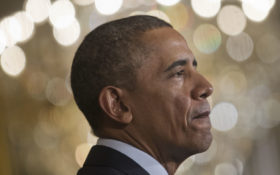 That day his 25-year-old son, Drew, rode his motorcycle from law school but never made it home. It was thanks to Roberto Galo, who came into the country illegally from Honduras in 1999. Galo turned his car in front of Rosenberg and ran over him – but that was just the beginning.

In his desperate attempt to escape, Galo backed his car over Drew’s body, then ran forward over him again.

Finally, Galo parked the car’s tire on Drew’s abdomen and ran away on foot. It took five men to lift the car off Drew’s stomach and, by then, he was dead. It’s a scenario played over and over again thousands of times a year, thanks in part to former President Barack Obama’s policies.

Little did he know the real nightmare was just beginning.

The DA’s office, critics say, went out of its way to protect the criminal.

The office busted the felony down to a misdemeanor, allegedly lied to keep witnesses from testifying, and has been accused of withholding incriminating evidence.

So, Rosenberg dedicated himself to honoring his son’s memory. He forced himself to read everything he could get his hands on about accidents like his son’s, even though he had to stop and cry every few pages.

After years of Rosenberg’s lobbying, the government finally deported Galo – but thanks to sanctuary city laws and Obama-era amnesty, thousands of Americans continue to die like Rosenberg’s son.

The government says unlicensed drivers kill 7,500 Americans every year – or 20 a day. Rosenberg estimates that illegal aliens commit half of those fatalities.

In other words, unlicensed illegals kill at least 3,000 Americans every single year, he said – thanks to sanctuary policies implemented by California Democrats and Barack Obama.

He even wrote a letter to Obama offering to show the then-president how much pain his amnesty program caused the country – and the Rosenberg family.

“On your next trip to California let me take you to Drew’s grave, and you tell him [amnesty] is the right thing to do.”

“My son and all of the others are considered collateral damage in the quest for votes and campaign contributions,” Rosenberg wrote. “Illegal immigration is not a victimless crime.”

Now he’s gathered together other Angel Families – people who have lost loved ones to the actions of illegal immigrants – and they’re striking back at the Open Borders policies that ripped their families apart.

Sabine Durden knows that pain too well. Her only child, Dominic, was killed by an illegal alien who was driving drunk without a driver’s license. The driver had a lengthy rap sheet, including a felony conviction for armed robbery. And he been deported once already… but not after his last two DUIs.

The illegal driver served a measly 35 days in jail for killing her only son.

Another person who’s felt that heartache is Agnes Gibboney, a legal immigrant from Hungary, whose son Ronald was murdered by an illegal immigrant who had already been deported once.

Surviving this life-changing misery made them strong – determined to honor their loved ones by stopping the murder and mayhem for good.

They want California citizens to vote on the “Children, Family, and Community Protection Act.” It would overturn California’s status as a “sanctuary state,” ban illegals from getting driving licenses, and let police and employers cooperate with federal immigration authorities – and deport criminal or other illegal aliens.

If passed, it would mean no illegals on the roads and no more criminals hiding in plain sight, waiting to strike – like the people who killed Rosenberg, Durden, and Gibboney’s sons, or Mr. Steinle’s daughter.

That’s why Rosenberg’s going all out to collect half-a-million signatures necessary to put the measure on the state ballot.

Rosenberg said he and his group, Fight Sanctuary State, want to see the government do its most important job: Protect American lives from criminals.

“I’m just looking for sane policy,” Rosenberg said. “California should be a sanctuary – for Californians.”