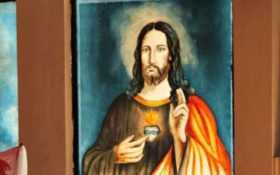 The professors pieced together brittle papyrus fragments from the 5th and 6th centuries to find a document they say records a lost conversation between Jesus and the apostle James.

The Greek text supposedly reveals a secret teaching that “supplements the biblical account of Jesus’ life and ministry,” according to one of the researchers.

Usually, the media want nothing to do with Jesus, but they went out of their way to promote this story. Just look at some of the headlines:

There’s just one problem with the story: It’s a total crock.

The “lost” document was never really lost, and the professors didn’t find it digging around in the sand dunes of Egypt. They found it in a college library in England. It’s one of 200,000 papyrus scrolls that Oxford University has in its archives.

This “lost” document has been sitting there since 1945.

Calling it new is like talking about the “new” hit song by the Andrews Sisters!

More importantly, the document isn’t the lost sayings of Jesus at all – far from it. It’s part of the teachings of a secret society of pagans who tried to stamp out Christianity with the strangest blend of spiritual mysticism and Biblical forgery on earth.

This “secret” document is a well-known ancient fraud called the “First Apocalypse of James.” It was written by a sect called the Gnostics (pronounced “NAW-sticks”), and what they believed about Jesus will make your head spin.

Hold onto your hats, this is going to get weird.

They have a name for God the Father…they call him “Satan.”

He and his demon servants, the “archons,” wander the earth, destroying people’s lives.

Yup, that’s bizarre. But hang on, it gets weirder.

According to their mind-blowing beliefs, God the Father (Yahweh) was one of dozens of “gods” who were the offspring of an ancient and unseen god.

They say that one of these goddesses, Sophia, is “married” to Jesus.

Only a handful of people are good enough to saved by these pagan deities – but not many, not many at all. A certain, small class of people were born smarter and superior to all other human beings. All the non-Gnostics were created to suffer and die.

They had no moral code and looked down on ignorant people who believed in right-and-wrong.

If you think their teachings are mixed-up – you won’t believe what this “lost document” has Jesus saying.

In the document, Jesus tells James that the Jews “existed as a type of the archons [demons], and deserve to be destroyed by them.”

That doesn’t sound like Jesus. The Bible says that Jesus loved everyone and came that “no one should perish, but have everlasting life.”

They turned the Bible into a little version of Mein Kampf! But that didn’t stop reporters from hyping this as a holy document.

The Big Media lies to you about Donald Trump; do you expect them to tell you the truth about Jesus?!

The Gnostics were supposed to have died out centuries ago – but think about their teachings for just one second:

They are a tiny group of people who believe they were born better than everyone else on earth. They have secret knowledge that makes them the smartest people alive. They look down on ignorant, hard-working people who believe in God. They don’t care about right and wrong. And they only live to enrich themselves and members of their class.