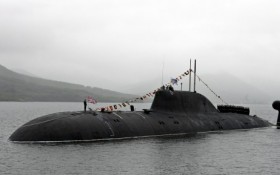 New reports from US defense officials and intelligence operatives say that Russian submarines and spy ships are aggressively operating near the vital undersea cables that carry almost all global Internet communications, raising concerns that the Russians could be studying how to sever the lines in the case of war.

The issue goes beyond old worries during the Cold War that the Russians would tap into the cables — a task US intelligence agencies also mastered decades ago. The alarm today is deeper: The ultimate Russian hack on the United States could involve severing the fiber-optic cables at some of their hardest-to-access locations to halt the instant communications on which the West’s governments, economies and citizens have grown dependent.

While there is no evidence yet of any cable cutting, the concern is part of a growing wariness among senior US and allied military and intelligence officials over the accelerated activity by Russian armed forces around the globe. At the same time, the internal debate in Washington illustrates how the United States is increasingly viewing every Russian move through a lens of deep distrust, reminiscent of relations during the Cold War.

Inside the Pentagon and the nation’s spy agencies, the assessments of Russia’s growing naval activities are highly classified and not publicly discussed in detail. US officials are secretive about what they are doing both to monitor the activity and to find ways to recover quickly if cables are cut. But more than a dozen officials confirmed in broad terms that it had become the source of significant attention in the Pentagon.

In private, commanders and intelligence officials report that from the North Sea to Northeast Asia and even in waters closer to US shores, they are monitoring significantly increased Russian activity along the known routes of the cables, which carry the lifeblood of global electronic communications and commerce.

Just last month, the Russian spy ship Yantar, equipped with two self-propelled deep-sea submersible craft, cruised slowly off the East Coast of the United States on its way to Cuba — where one major cable lands near the US naval station at Guantánamo Bay. Navy officials said the Yantar and the submersible vehicles it can drop off its decks have the capability to cut cables miles down in the sea.

“The level of activity,” a senior European diplomat said, ”is comparable to what we saw in the Cold War.”

One NATO ally, Norway, is so concerned that it has asked its neighbors for aid in tracking Russian submarines.

The operations are consistent with Russia’s expanding military operations into places like Crimea, eastern Ukraine and Syria, where President Vladimir Putin has sought to demonstrate a much longer reach for Russian ground, air and naval forces.

What worries Pentagon planners most is that the Russians appear to be looking for vulnerabilities at much greater depths, where the cables are hard to monitor and breaks are hard to find and repair.

The role of the cables is more important than ever before. They carry more than $10 trillion a day in global business, including from financial institutions that settle their transactions on them every second. Any significant disruption would cut the flow of capital. The cables also carry more than 95 percent of daily communications.

So important are undersea cables that the Department of Homeland Security lists their landing areas — mostly around New York, Miami and Los Angeles — at the top of its list of “critical infrastructure.”