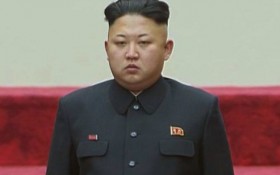 This would not be the first time Kim Jung Un has resorted to a power purge in order to solidify his power.

In July, North Korea confirmed the purging of its defense chief two months after Seoul’s spy service said he had been executed for disloyalty to leader Kim Jong Un.

South Korea’s National Intelligence Service told lawmakers in May that People’s Armed Forces Minister Hyon Yong Chol was killed by anti-aircraft gunfire for talking back to Kim, complaining about his policies and sleeping during a meeting.

The North’s state media has since not mentioned Hyon or his disappearance, but the country’s official Korean Central News Agency named army general Pak Yong Sik as the armed forces minister in a dispatch about a meeting with a Lao military delegation.

Since taking power upon the death of his dictator father Kim Jong Il in December 2011, Kim has orchestrated a series of executions, purgings and personnel reshuffles in what outside analysts say is an attempt to bolster his grip on power. Some experts say repeated bloody power shifts indicate the young leader is still struggling to establish himself.

Pak, known as a top official at the General Political Bureau of the Korean People’s Army, is considered one of Kim’s closest associates and is among the officials who have accompanied Kim on various public activities mentioned in state media.