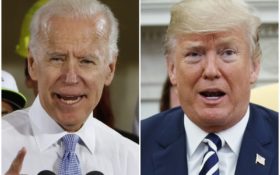 Far away from the Democrat-led impeachment inquiry drama, the real scandal involving Ukrainian corruption is heating up.

The investigation into the founder of Burisma Holdings — who hired Hunter Biden and paid him millions during the Obama presidency — has deepened.

According to reports, Zlochevsky’s location is unknown to Ukrainian authorities.

But they still want answers.

Three Ukrainian lawmakers revealed a document Wednesday that showed Zlochevsky is under investigation for supposedly using his position as Ukraine’s minister of ecology and natural resources to embezzle approximately $33 million, Reuters reported.

Hunter Biden was named a paid board member of Burisma Holdings in April 2014, two months after the former Ukraine President Viktor Yanukovych was forced out of office. Burisma’s founder was a political ally of Yanukovych, Ukraine’s Russia-friendly president.

The younger Biden’s business role raised concerns that Burisma was paying Hunter as a way to buy influence with the Obama administration.

Hunter Biden has denied using his influence with his father to aid Burisma. He remained on the board through early 2019.

President Donald Trump and his allies point in particular to Biden’s move in March 2016 to pressure the Ukrainian government to fire its top prosecutor, Viktor Shokin, who had previously led an investigation into Burisma’s owner.