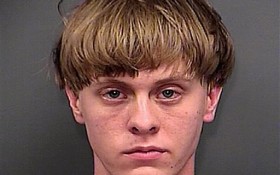 Prosecutors will seek the death penalty against accused Charleston, SC church shooter Dylan Roof, it was announced yesterday. But it may just be a ploy meant to strike a deal.

In a number of other murder cases in South Carolina, prosecutors have filed notices to seek the death penalty and used them as bargaining chips to get a defendant to plead guilty in exchange for life in prison. Roof’s lawyers said in federal court July 31 that he may be willing to plead guilty to lesser hate crimes charges.

Roof faces state charges including nine murder counts in the June 17 slayings at Emanuel African Methodist Episcopal Church. He is expected in court again on those charges in October.

“This was the ultimate crime, and justice from our state calls for the ultimate punishment,” Wilson said, reading a three-minute statement outside her Charleston office. “We all agree forgiveness can be an important part of the healing process. But know that forgiveness does not necessarily mean forgoing consequences,” Wilson said.