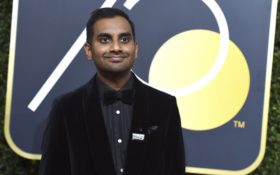 The #MeToo movement has been embraced by legions of women as a vital step toward countering widespread sexual abuse and misconduct. This week, more so than at any point in the movement’s brief history, there’s visceral discussion about its potential for causing harm.

The catalyst was the publication by Babe.net of an account by a woman identified only as “Grace” detailing her 2017 encounter with comedian Aziz Ansari. The article intimated that Ansari deserved inclusion in the ranks of abusive perpetrators, yet many readers — women and men — concluded the encounter amounted to an all-too-common instance of bad sex during a date gone awry.

Ansari has said he apologized immediately after the woman told him about her discomfort during an encounter he believed to be consensual.

“Too many women have joined #MeToo too quickly and unthinkingly,” said Carole Lieberman, a Beverly Hills psychiatrist and author of the relationship books “Bad Boys” and “Bad Girls.”

“Though they may have wanted to be in solidarity with other women, the stories of dates gone wrong or women scorned have detracted from women who have been raped or seriously sexually assaulted,” she said.

A conservative analyst, Carrie Lukas of the Independent Women’s Forum, said Ansari “believed that everything that occurred with his accuser was consensual and welcomed.”

“His reputation is now in tatters,” Lukas wrote in an email. “Is that really fair?”

Online and in person, many women are talking about experiences comparable to Grace’s account — encounters with men who initially seemed wonderful, but turned pushy, if not criminally abusive, when things became sexual.

Sarah Hosseini, who writes about sex for Bustle, Romper, Scary Mommy and Ravishly, said the #MeToo movement might actually benefit from the Grace/Ansari controversy, and that the movement is big enough to encompass another layer in the discussion.

“There is some really murky and confusing sexual territory here that we haven’t really talked about yet collectively as a society,” she wrote, adding that the woman’s account in Babe was “disgusting and cringe-worthy.”

“What she experienced with Ansari is not OK. But do we have language yet for intimate encounters that teeter on the edge of absolute sexual assault/abuse?” she wondered. “I don’t think we do. We’ve lived in a misogynistic world with misogynistic sex for so long. We thought this “bad sex” was normal. Until someone spoke up and said, this is NOT normal. This is not OK.”

Michael Cunningham, a psychology professor at the University of Louisville, said the Grace/Ansari encounter reflected misunderstandings that may arise due to differences between conventional dating relationships and hook-ups.

“It appears that Grace wanted Ansari to treat her as a potential girlfriend to be courted over multiple dates, rather than a pickup from a party engaging in a mutually acceptable transaction,” Cunningham wrote in an email. “When he did not rise to her expectations, she converted her understandable disappointment into a false #MeToo.”

Liz Wolfe, managing editor of Young Voices, a D.C.-based organization that distributes op-eds by millennials, said the Ansari story gets at the core of what men and women are taught regarding dating, sex and romance. Men should pursue, women should play hard to get.

Wolfe has noticed a generational divide in their reactions. Older women tend to think Grace should have been more vocal and assertive, or simply left Ansari’s apartment. Younger women feel that Ansari should have read Grace’s body language and listened to her more closely, and he was at fault for pressuring her.

Among men, likewise, there are varying views.

Tahir Duckett of ReThink, a nonprofit seeking to deter boys and young men from committing sexual assault, says the #MeToo movement “is exactly where it needs to be” as it continues to embolden victims.

“This moment absolutely calls for a changed approach to dating and courtship,” he said. “It means paying just as much attention to body language as we do to words, and stopping to check in if at any time you’re anything less than 100 percent certain the other participant is as enthusiastic as you about what’s going on.”

However, Glenn Sacks, a commentator who writes often about men’s issues, said the Ansari case buttresses his belief that #MeToo “is lumping the trivial mistakes or misdeeds of the many in with the genuinely awful actions of a handful.”

Warren Farrell, an early member of the National Organization for Women who more recently has authored such books as “Why Men Are the Way they Are” and “The Boy Crisis,” suggested that women should bear more of the responsibility for initiating sexual interest. And he recommended training in schools for each gender to view relationship issues from the other’s perspective.

“When #MeToo focuses only on women complaining and not both sexes hearing each other, it reinforces the feeling of women as fragile snowflakes rather than empowered to speak, and empowered to listen,” Farrell said. “Boys and men, like girls and women, also grew up confused about what was expected of them sexually in a culture that did not make speaking about sex easy for either sex.”

Alexandra Allred, an author and self-defense instructor in Dallas, groaned when she read Grace’s account of her evening with Ansari.

“It really does sound like it was a mutual thing, but she thought about it later and she didn’t enjoy herself,” Allred said. “But this is the story of millions of young women everywhere, where you just made a mistake. This does not belong to the #MeToo movement. She should have just kept this to herself.”

As a supporter of the movement, Allred worries that this kind of story might generate a backlash and prompt skepticism when other women report abuses.

“This isn’t show and tell,” she said. “This is a movement to educate people and hopefully stop the violence.”