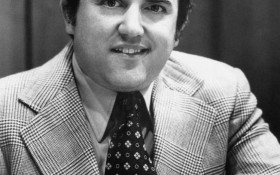 Eddie Einhorn, a minority owner of the Chicago White Sox who helped put college basketball on television 50 years ago and set the stage for the wall-to-wall coverage that is common today, has died following complications from a stroke. He was 80.

Einhorn was the founder and chairman of TVS Television Network, which broadcast the so-called “Game of the Century” between Houston and UCLA from the Astrodome in 1968. The game is widely credited for the growth in popularity of college basketball on television, and Einhorn was inducted into the National Collegiate Basketball Hall of Fame in 2011 for his work.

Einhorn spent the past 25 years as vice chairman of the White Sox and was the team’s president and chief operating officer from 1981-90. He also was a member of the Chicago Bulls’ board of directors, just part of the relationship he had with Jerry Reinsdorf, the Bulls and White Sox executive who was a law school buddy at Northwestern.

Einhorn was in Houston when the White Sox won the team’s first World Series title in 88 years.