Principal to parents: Get dressed before dropping off your kids! - The Horn News 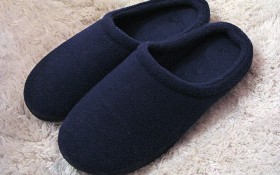 The principal of a primary school in northern England wants to impose a dress code — not on students, but on their parents.

That’s because she’s tired of them wearing pajamas and slippers when they drop off their offspring at the school gates each morning.

Kate Chisholm of Skerne Park Academy in Darlington, 240 miles (385 kilometers) north of London said she acted after some parents wore what she considered nightwear to school meetings.

In the letter published Tuesday she asked parents to “dress appropriately in day wear” when bringing their children to school.

Chisholm said she wanted parents to set a good example for the students and that it was “not too much to ask parents to have a wash and get dressed.”