Poll shocker! Voters' views on the Trump raid may surprise you - The Horn News 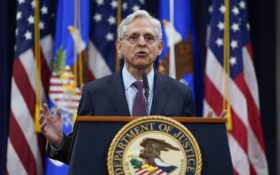 According to the Wednesday poll, the voters were polarized by the raid… but it also looks more complicated than that.

49 percent of registered voters approved of the raid. Meanwhile, 37 percent disapproved, and 13 percent expressed no opinion.

At least one previous poll has shown the raid energizing Republican voters. That trend appears to have continued. According to Thursday’s poll, 57 percent of Republicans and Republican-leaning independents would vote for Trump in a primary election held that day. As recently as last month, that number was only 53 percent.

Only 40 percent of registered voters would describe the raid as “not an abuse of power.”

The remaining 13 percent either remained unsure or had no opinion.

In other words, 47 percent of registered voters accused the FBI of overstepping, compared to only 40 percent on the other side.

Relatedly, some voters believed Trump to have committed crimes… but also wanted the Justice Department to leave the case in the past.

The voters took the poll on Thursday. They may change their views in the event of a bombshell report about either the FBI’s objectives or its findings.