Poll SHOCKER! Obama exploded with RAGE when he heard... - The Horn News 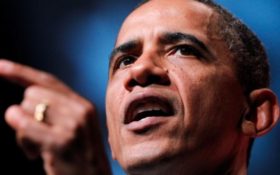 He raged and yelled at his aides. He “flashed anger” and, at times, spiraled into a depression. Privately, he complained that the American people had slapped him in the face.

Now that Trump has been in office for over two years, Obama just got worse news: Even liberal pollsters can’t hide the truth anymore.

Not only did the American people reject Obama in 2016, but they’re happy with their decision the left-leaning Gallup polls reported last week.

And it’s higher than Obama was at the same point in his presidency.

Following the release of Mueller’s report, Americans have rallied around the White House in record numbers.

And it’s not just Obama who America is turning away from.

Television viewers are turning off the mainstream media, too. Since the Mueller report fell flat, MSNBC ratings have plummeted. CNN has been doing so poorly, they recently have been forced to layoff as many as 300 staff members.

It might have Obama and his pals mad — but it has real Americans cheering.