Police: Woman charged with binding children's feet and hands to control them - The Horn News 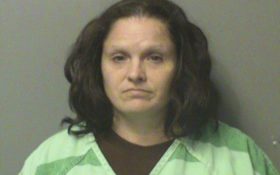 A Des Moines woman is accused of binding her children by the hands or feet to keep them under control.

Henderson told Des Moines station KCCI that her friend bound the children when she was in another room.

School officials contacted police last month about a photograph taken in March that shows the children tied up on the floor. Authorities haven’t said who took the photograph.

Police Sgt. Paul Parizek (puh-REE’-zihk) says the children aged 9, 5 and 4 years were taken to a hospital but had suffered no significant injuries.

Henderson’s next court hearing is scheduled for Oct. 22.