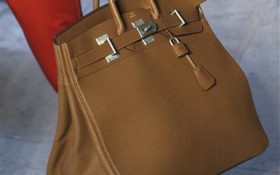 San Francisco police are looking for a male transgender who allegedly threatened a security guard with a hatchet after stealing a handbag from a department store.

KCBS-Radio reports the robbery happened around Monday afternoon at a Bloomingdale’s store in downtown San Francisco.

Police say the woman entered the store and took the handbag, and when a security guard approached, she took out a hatchet from a bag and threatened him.

The security guard backed down, and the woman left the store, fleeing on a bicycle.

A police report describes her as a black male transgender, in her 40s, about six feet tall, weighing less than 200 pounds.