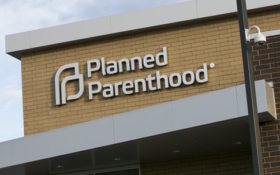 Planned Parenthood of the Great Northwest and the Hawaiian Islands is suing the state of Idaho in federal court over new abortion reporting requirements that critics say are unconstitutional and intended to stigmatize women seeking medical care.

The law, which went into effect July 1, created a list of what lawmakers deemed to be complications of abortion, and it required health professionals to report when they occurred. The list includes things that can typically occur in the immediate days after an abortion, such as bleeding, as well as things that are rare and typically considered by doctors to be unrelated to abortion procedures like an allergic reaction to anesthesia.

Abortion providers must also collect personal information about women receiving abortion procedures, such as age, race, number of children and the number of previous abortions.

Idaho’s reporting law aligns with a national trend among Republican-dominant statehouses seeking new ways to test the legal ability to restrict a woman’s right to terminate a pregnancy. At least 20 states have reporting laws on the books, according to the Guttmacher Institute, which opposes abortion restrictions.

Previous laws targeting abortion rights have been struck down in Idaho and other states, with some courts saying there isn’t enough information about alleged complications of abortions to justify the laws.

In the lawsuit, Planned Parenthood contends that Idaho’s law arbitrarily singles out just one medical procedure for the reporting requirement, and that the law doesn’t do enough to protect women’s private medical information from being released to the public. Planned Parenthood also says the law is convoluted and puts health care providers at risk of criminal and civil penalties if they guess wrong when attempting to follow the vague reporting requirements.

Hannah Brass Greer, chief legal counsel for the agency, says the law has no basis in science and medicine and never should have passed in the first place.

“This is another attempt by Idaho politicians to shame and stigmatize people seeking abortion care and to spread the myth that abortion is dangerous,” she said in a prepared statement. “These reporting requirements burden patients and their medical providers and represent another example of government overreach by Idaho politicians.”