Planned Parenthood disposes of babies in landfills - The Horn News 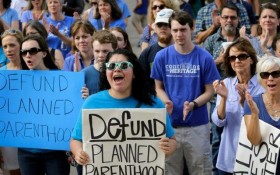 A disturbing new report from Ohio Attorney General Mike DeWine has found that Planned Parenthood is throwing aborted fetuses away like common trash, sending them to be discarded in landfills.

In a surprise response, the controversial organization admitted it engages in the practice, but tried to argue it was legal.

DeWine told reporters on Friday the disposal practice is callous and violates state rules requiring that fetuses be disposed of in a humane manner. He plans to seek an injunction Monday to prevent Planned Parenthood from disposing of fetal remains in landfills.

“I just don’t think Ohioans thought that fetuses were being disposed of in landfills,” said DeWine.

Stephanie Kight, president and CEO of Planned Parenthood of Greater Ohio, acknowledged Sunday the organization aborted fetuses, then processed the tissue and sent to a solid waste facility for disposal.