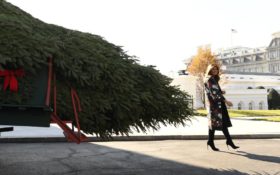 Members of the U.S. Marine Band played “O Christmas Tree” as a pair of horses named Cash and Ben trotted up the White House driveway pulling a green carriage that carried an 18 ½-foot (5.49 meter) Douglas fir. The towering tree will become the centerpiece of Christmas in the White House Blue Room.

The first lady appeared moments later, escorted by a military aide, and smiled, waved and chatted up the top-hatted men holding tight to the reins. She walked around the carriage and paused to look at the tree before posing for photos with the Pennsylvania farmer who donated it.

Mrs. Trump wished everyone a “Merry Christmas” before going back inside the White House.

Delivered three days before Thanksgiving, the fir was harvested from Mahantongo Valley Farms in Pitman, Pennsylvania. Owner Larry Snyder earned the honor of presenting the White House a tree from his farm after winning an annual contest held by the National Christmas Tree Association.

The White House chief usher and grounds superintendent picked the tree during an October visit to Snyder’s farm. A massive chandelier that hangs in the oval-shaped Blue Room is removed to accommodate the tree, which is trimmed and anchored to the ceiling for safety and stability.

The tree’s delivery marks the start of a flurry of holiday season activity at the White House.

President Donald Trump is scheduled Tuesday to participate in another seasonal ritual when he issues a presidential pardon to the National Thanksgiving Turkey before he flies to Florida to spend the holiday with his family at his Palm Beach home. The White House is sponsoring an online contest to help decide which of two gobblers – 45-pound (20.41 kilogram) “Bread” or 47-pound (21.32-kilogram) “Butter” – should be spared.

Meanwhile, during Trump’s absence from Washington, an army of volunteer decorators, florists and others will fly in from around the country after Thanksgiving to help decorate the 132-room executive mansion for Christmas. Thousands of tourists will stream through the building in December.

Wreaths are already in place on exterior windows on the South Portico of the White House.

In late July, Mrs. Trump tweeted photos of herself in the Map Room looking over a table covered with fabric swatches, floral samples and Christmas photos.

“#Christmas planning has begun in the East Wing at the @WhiteHouse,” she wrote, referencing the wing of the White House where her office and staff are based. “I’m looking forward to sharing our final vision for this unique tradition in the coming months.”

You can view photos of the receiving below: 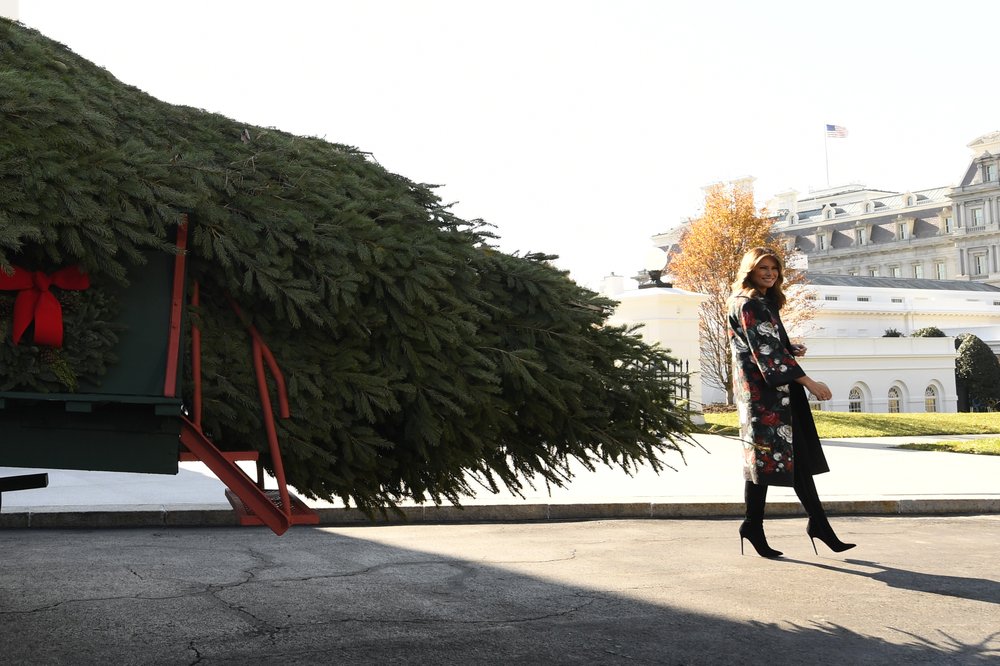 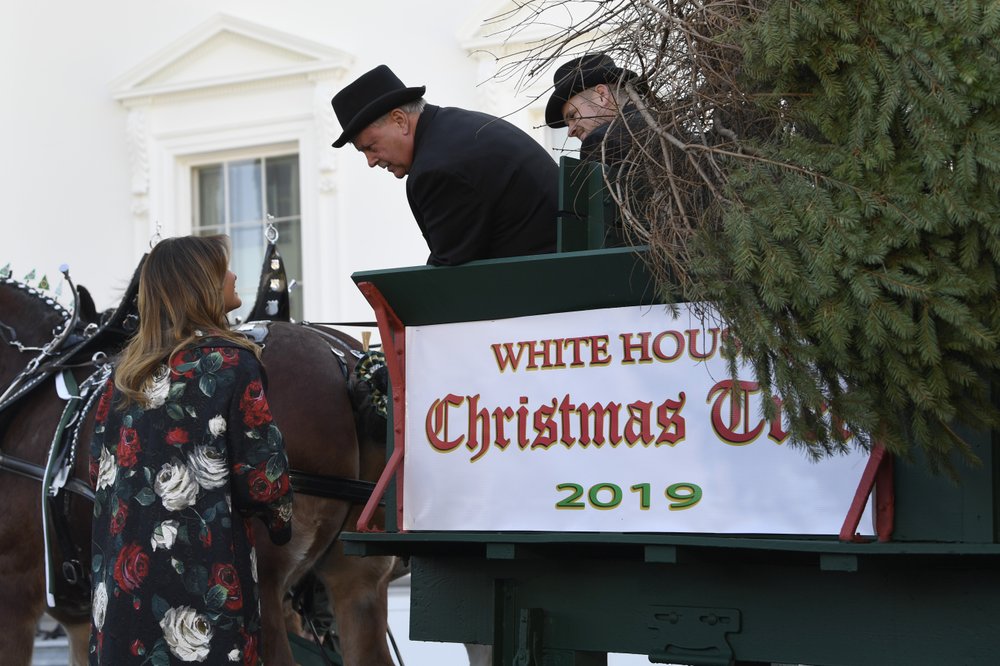 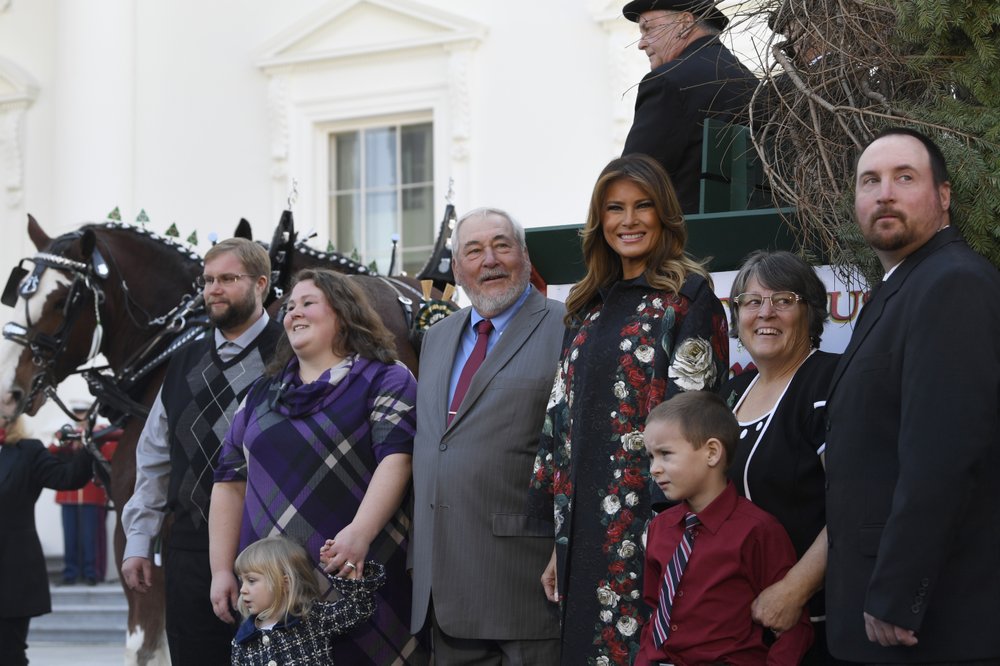 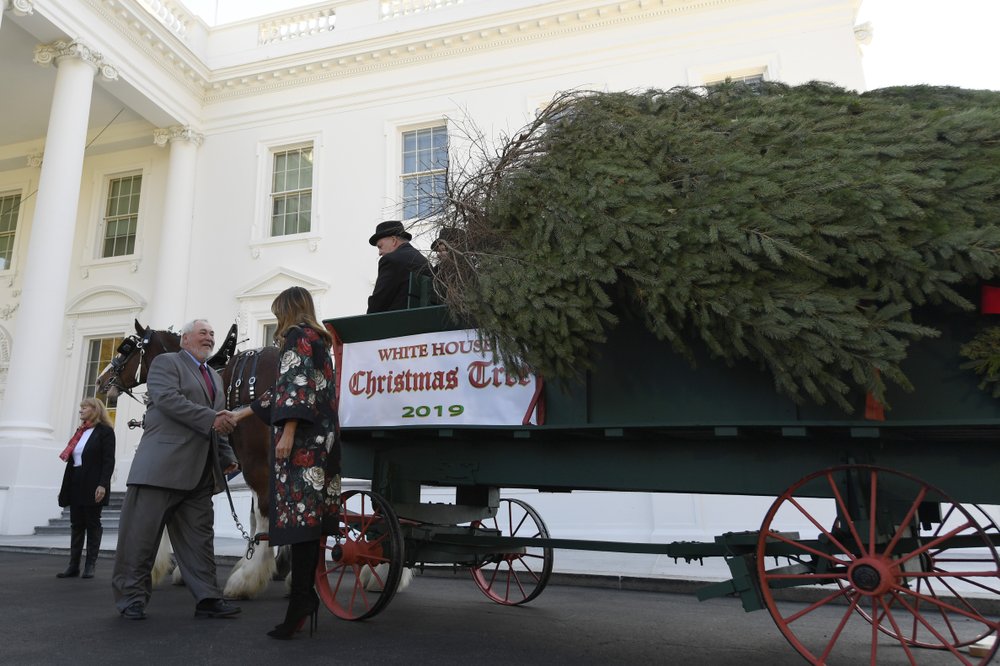