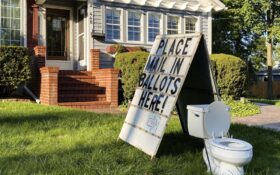 A Michigan resident’s apparent joke showing disdain for voting by mail is no laughing matter for one election official.

The resident put a toilet on their lawn with a sign that says, “Place mail in ballots here.”

You can view a picture of the toilet below: 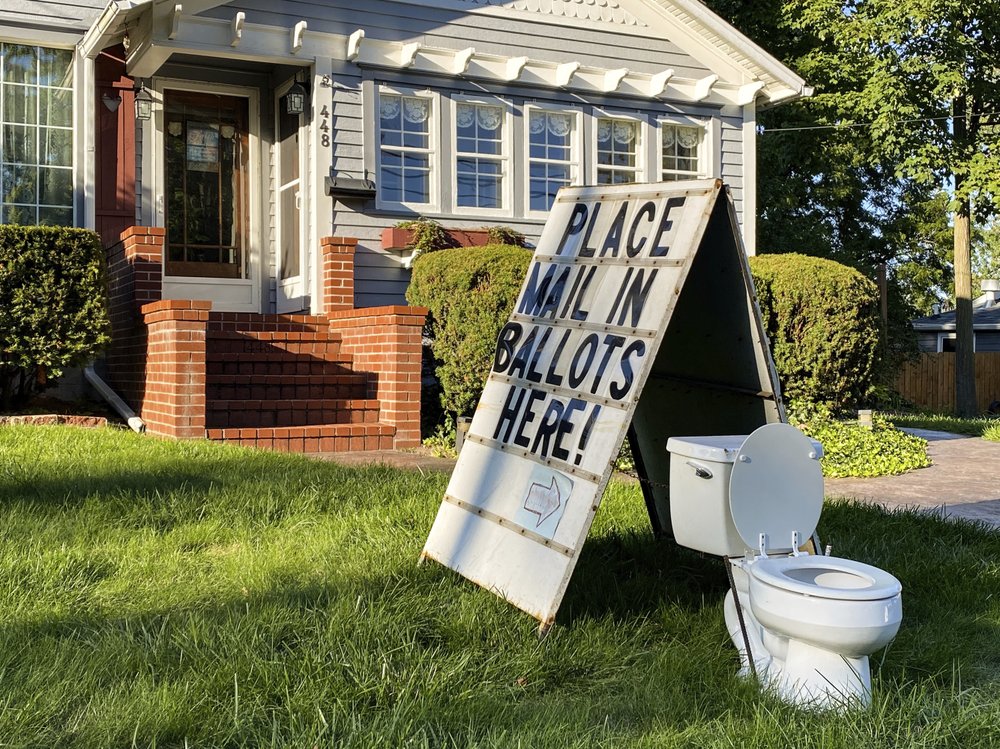 Barb Byrum, the Democratic clerk of Ingham County, filed a complaint with police over the display, saying it could mislead people who aren’t familiar with the voting system.

“It is a felony to take illegal possession of an absentee ballot,” Byrum said Friday.

“Elections in this country are to be taken seriously and there are many people who are voting by mail for the first time this election,” she said.

Police told the AP that the complaint is being investigated.

President Donald Trump has repeatedly warned that voting by mail could lead to fraud and spoil the election, making distorted claims that elections officials fear could cause anxiety and confusion among voters.

It’s the “safest way to vote during the pandemic,” Byrum said.

She didn’t identify the person who lives at the address. The lawn also has a sign that calls for the recall of Democratic Gov. Gretchen Whitmer.

No one answered the door Friday night, the Lansing State Journal reported.

More than 2 million Michigan voters could cast absentee ballots after changes in election law. Separately, a judge on Friday said absentee ballots postmarked by Nov. 2 can be counted if received within 14 days after the Nov. 3 election.