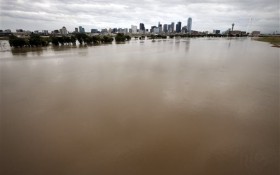 Residents of Mexico and the American Gulf Coast were still assessing the damage after Hurricane Patricia, the most powerful hurricane in the history of the Western Hemisphere, struck over the weekend. 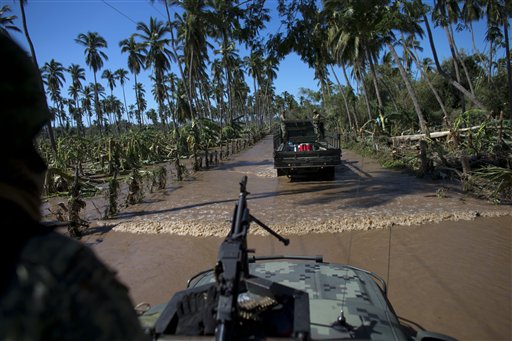 Patricia made landfall as a powerful Category 5 hurricane, having peaked at sea with winds up to 200 mph then coming ashore Friday evening with winds of 165 mph.

While Mexico for the most part was relieved that the storm caused no fatalities and only marginal damage in the resort of Puerto Vallarta and the principle port of Manzanillo, the sparsely populated zone of Pacific coast where Patricia delivered its fury is still only beginning to calculate the scope of the destruction.

President Enrique Pena Nieto said Saturday that 3,000 to 3,500 homes were damaged and about 8,650 acres of farmland were hurt.

But that was before anyone from the government arrived in El Rebalse, a town surrounded by banana plantations that Associated Press journalists tried to reach on foot before hitching a ride on army trucks. 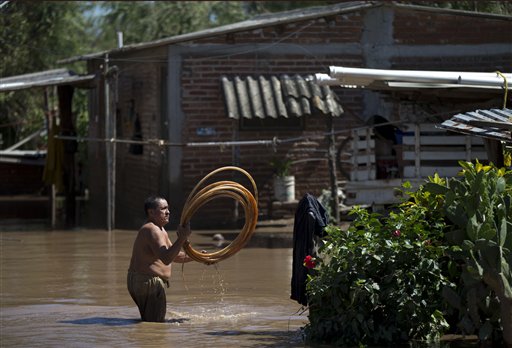 Banana trees as far as the eye could see were snapped in half, and large bunches of the fruit moldered in the intense sun.

“They’re going to lose a whole year,” Santana’s husband, Artemio Sanmeron Sanchez, said of the plantations where everyone in town made their living.

Texas and Louisiana experienced widespread flooding, and parts of Louisiana remained at risk for tornadoes today. But at press time no U.S. fatalities linked to Patricia had been reported.

The same was true in Louisiana, where residents who have suffered through their share of hurricanes know that Patricia’s wrath could have been far worse.