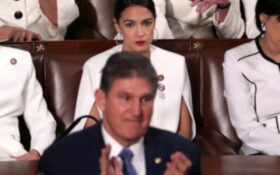 The divisions in the Democratic Party have been brewing in the underbelly of Washington D.C. amid President Donald Trump’s tenure in the White House.

Now that the Democrats are preparing for a victory, the gloves are coming off.

The latest move by Rep. Alexandria Ocasio-Cortez, D-N.Y. sums up the brewing infighting set to consume the Democratic Party.

The chaos began when Sen. Joe Manchin, D-W.V. publicly attacked the “Defund the Police” movement and the far-left socialist agenda in an interview with The Washington Examiner.

“Defund the police?” he wrote on Twitter, promoting the interview. “Defund, my butt. I’m a proud West Virginia Democrat. We are the party of working men and women. We want to protect Americans’ jobs & healthcare. We do not have some crazy socialist agenda, and we do not believe in defunding the police.”

Defund the police? Defund, my butt. I'm a proud West Virginia Democrat. We are the party of working men and women. We want to protect Americans' jobs & healthcare. We do not have some crazy socialist agenda, and we do not believe in defunding the police. https://t.co/EIFHX5OQ37

That’s when AOC fired back.

Not with words, but a photo.

She retaliated by posting a scathing picture taken at the 2019 State of the Union address, where she was captured scowling at the West Virginian Senator. 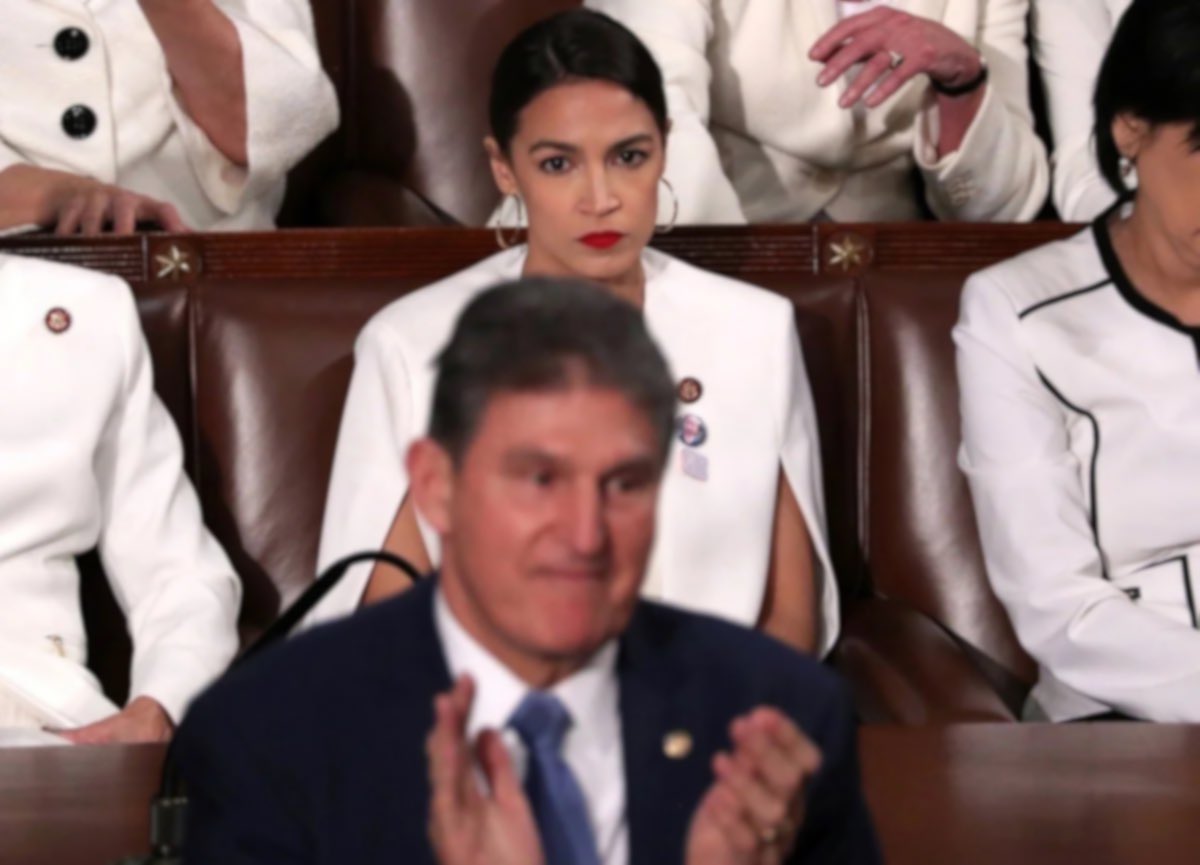 Prior to the 2020 election, a Centrist Democrat such as Manchin might have stopped himself short of blasting the views of other party members for the sake of keeping up the appearances of unity to help defeat Trump.

But it seems those days are long gone.

The Horn News touched on evidence that the truce was over this week, when Manchin said that he wasn’t entertaining Senate Minority Leader Chuck Schumer’s plan to radically shake up Congress.

Critics have also taken note of efforts to oust House Speaker Nancy Pelosi by other veterans who have become dissatisfied with her leadership.

At every turn, there seems to be one liberal politician pointing one finger at the next politician.

Admittedly, they’re awfully close to getting complete control of Congress if the special Senate runoff elections in Georgia break their way.

But they might botch their hold on power before they even get it.