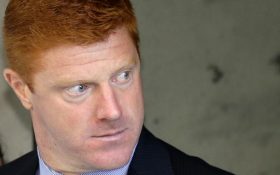 A lawsuit by the former Penn State assistant football coach who witnessed one-time fellow coach Jerry Sandusky abuse a young boy in the team shower is about to go to trial.

Mike McQueary claims in a defamation and whistleblower lawsuit against Penn State that he was wrongly retaliated against and fired in 2012 after Sandusky was convicted of abusing 10 boys.

Jury selection was set to begin Monday in a courthouse in Bellefonte, Pennsylvania.

McQueary has testified he happened upon Sandusky and the boy one night in 2001. He said Sandusky was sexually abusing the boy and that he reported it the next morning to then-head coach Joe Paterno. At the time, Sandusky was a retiree with gym privileges.

Paterno’s handling of the complaint contributed to his firing after Sandusky’s arrest a decade later. Paterno died in 2012.