PC outrage! Famous city name to be changed because of liberal anger - The Horn News 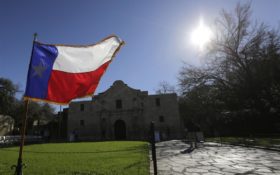 It’s one of the most famous cities in America… but Austin, Texas could soon lose a big piece of its identity in a cloud of political correctness.

The famous city could soon lose its name!

The city’s PC police have been running rampant in a quest to eliminate Confederate names and monuments.

But that’s not enough anymore.

He couldn’t be — Austin died decades before the Civil War even began.

Austin played a crucial role in the transformation of Texas from a Mexican territory to an independent republic, and before his death briefly served as secretary of state in the fledging nation.

But like many of his time, he was also an advocate for slavery.

Austin called slavery “indispensable” to Texas and declared that freed slaves could become “’vagabonds, a nuisance and a menace.”

Clearly, by modern standards, this was not an enlightened man on the issue and slavery was one of the most shameful chapters in the history of the nation.

But – much like the Founding Fathers of the United States – his views were also far more complex than the caricature being portrayed in the media.

“He held a very Jeffersonian view of slavery,” Gregg Cantrell, a history professor at Texas Christian University told the New York Times. “He thought it was evil in the abstract but then he would turn around and say in the next breath that Texas must be a slave country.”

The city’s Equity Office has been collecting names to be changed. Austin isn’t on that list, but it made a second list being put together by the office.

This could open a very messy can of worms.

The city of Houston is named for another Texas legend, Sam Houston. Unlike Austin, Houston was alive during the Civil War.

As governor of Texas, he opposed secession. When his state went ahead and seceded anyway, he was pulled out of office for refusing to vow loyalty to the Confederacy.

A progressive hero? Not quite — Houston himself was also a slave owner.

“Is any of our 19th Century history something that Southerners and Texans can be proud of?” asked John Nova Lomax in Texas Monthly in 2015. “Do we change the names of Austin and Houston and topple their statues?”

But why stop with Texas?

If the left gets its way, everything could soon get re-named, including the 88 cities and towns named for President George Washington, a slave owner.

That would include, of course, the nation’s capital, not to mention an entire state named in his honor.

There are also 24 cities and towns named for James Madison, the nation’s fourth president and a slave owner, and multiple places named for other Founding Fathers including President Thomas Jefferson, who also had slaves.

None of these names honor, condone or even indicate acceptance of this terrible chapter in our nation’s history.

But that’s what it is: a chapter in our history. The great good of the Founding Fathers also came with the terrible evil of slavery.

And if the politically correct left has its way, all of it will be erased at once.