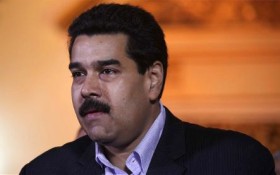 Public employees in Venezuela are being given long weekends in a bid to stave off a nationwide power crisis.

President Nicolas Maduro says late Wednesday he is signing a decree giving state workers a Friday furlough for the next two months. Together with other measures, he hopes to reduce electricity consumption by at least 20 percent.

Officials have been warning for weeks that the water level behind the nation’s largest dam has fallen to near its minimum operating level. Almost 70 percent of the South American country’s electricity comes from hydropower.

Maduro’s socialist administration blames the critical situation on a drought and repeated acts of sabotage by its opponents.

But experts say rationing could have been prevented had the government invested in maintenance and in the construction of thermoelectric plants.