Pentagon halts demand for repayments from veterans - The Horn News 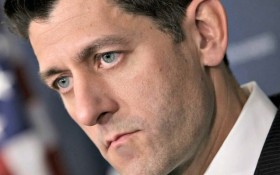 His decision comes in the wake of angry reaction from members of Congress who demanded he relieve the burden on the Guard members. And the White House said President Barack Obama has warned the Defense Department not to “nickel and dime” service members who were victims of fraud by overzealous recruiters.

In a statement issued during a meeting of defense ministers in Brussels, Carter said effort to collect reimbursement should stop “as soon as is practical” and will continue until a process to help the troops deal with the problem is worked out.

The House Speaker Paul Ryan on Tuesday called for the Pentagon to immediately suspend efforts to recover enlistment bonuses paid to thousands of soldiers in California.

“When those Californians answered the call to duty” to serve in Iraq and Afghanistan, “they earned more from us than bureaucratic bungling and false promises,” Ryan said. He urged the Pentagon to suspend collection efforts until “Congress has time … to protect service members from lifelong liability for DOD’s mistakes.”

The Los Angeles Times reported over the weekend that the Pentagon has demanded that some soldiers repay their enlistment bonuses after audits revealed overpayments by the California National Guard. Recruiters under pressure to fill ranks and hit enlistment goals at the height of the two wars improperly offered bonuses of $15,000 or more to soldiers who re-enlisted, the newspaper reported.

Defense Department spokesman Maj. Jamie Davis said an audit more than five years in the making concluded last month that 1,100 soldiers improperly received bonuses for which they were ineligible. Another 5,400 soldiers had erroneous paperwork that could have made them ineligible.

Luckily, lawmakers stood up for our soldiers, and these debts will be absolved.