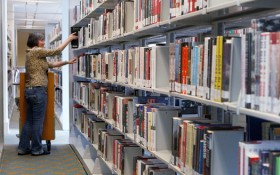 A book has been returned to a library in western Michigan — 49 years later.

The borrower told the library that he was a college student in 1967 when he checked out a book about World War II from the Herrick library in Holland. He wrote in a letter that the book was stored in a trunk that hadn’t been opened until recently. He also provided a donation with his letter.

Library director Diane Kooiker declined to identify the title of the book or the man’s name, citing privacy. She said he sent $100.

In his letter, the man described it as a “modest donation” on what could be a “tremendous fine.”