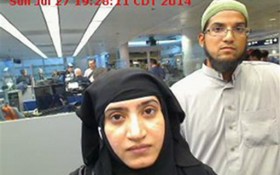 The bodies of a husband and wife behind the California shootings that killed 14 people have been released by authorities and buried.

Attorneys for family members told NBC News Wednesday that the Syed Farook and Tashfeen Malik were buried on Tuesday afternoon in Southern California.

The attorneys, David Chesley and Mohammad Abuershaid, confirmed the burial to NBC News, but gave no further details.

San Bernardino Supervising Deputy Coroner Randy Emon told The Associated Press that the bodies had been released, but said he was not authorized to say who claimed them or give any other information.

Farook and Malik were killed in a shootout with authorities hours after the Dec. 2 shootings at a social services center.