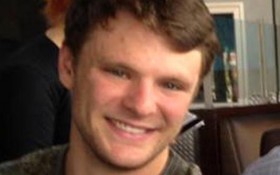 The reclusive communist nation announced Friday the arrest of a U.S. university student for what it called a “hostile act” designed to undermine the authoritarian nation.

North Korea’s announcement comes amid a diplomatic push by Washington, Seoul and their allies to slap Pyongyang with tough sanctions for its recent nuclear test. And diplomats worry that the college student is being used as little more than a bargaining chip.

North Korea also regularly accuses Washington and Seoul of sending “spies” to overthrow its government to enable the U.S.-backed South Korean government to control the entire Korean Peninsula. Some foreigners previously arrested have read statements of guilt that they later said were coerced. In the past, North Korea has occasionally announced the arrests of foreign detainees in times of tension with the outside world in an apparent attempt to wrest concessions or diplomatic maneuvering room.

In language that mirrors past North Korean claims of outside conspiracies, Pyongyang’s state media said the University of Virginia student entered the country under the guise of a tourist and plotted to destroy North Korean unity with “the tacit connivance of the U.S. government and under its manipulation.”

The North’s official Korean Central News Agency said in a short report that the student, whom it identified as Warmbier Otto Frederick, was “arrested while perpetrating a hostile act,” but didn’t say when he was detained or explain the nature of the act. North Korea has sometimes listed English-language surnames first, in the Korean style. The University of Virginia’s online student directory lists someone named Otto Frederick Warmbier as an undergraduate commerce student.

A China-based tour company specializing in travel to North Korea, Young Pioneer Tours, confirmed that one of its customers, identified only as “Otto,” had been detained in Pyongyang, the North’s capital, but provided no other details. Social media accounts for Warmbier show interests in finance, travel and rap music; he was on the University of Virginia’s dean’s list and attended high school in the Cincinnati, Ohio, area.

A few thousand Westerners are thought to visit North Korea each year, and Pyongyang is pushing for more tourists as a way to help its dismal economy. The U.S. State Department has warned against travel to the North, however, and visitors, especially those from America, who break the country’s sometimes murky rules risk detention, arrest and possible jail sentences, although most have eventually been released.

Earlier this month, CNN reported that North Korea had detained another U.S. citizen on suspicion of spying. It said a man identified as Kim Dong Chul was being held by the North and said authorities had accused him of spying and stealing state secrets. North Korea has yet to comment on the report.

The U.S. State Department has said it could not confirm the CNN report. It declined to discuss the issue further or confirm whether the U.S. was consulting with Sweden, which handles U.S. consular issues in North Korea because Washington and Pyongyang do not have diplomatic relations.

North Korea has previously released or deported U.S. detainees after high-profile Americans visited the country. In late 2014, for instance, North Korea released two Americans after a secret mission to the North by James Clapper, the top U.S. intelligence official. Critics say such trips have provided diplomatic credibility to the North.

The Korean Peninsula remains in a technical state of war because the 1950-53 Korean War ended with an armistice, not a peace treaty. About 28,500 American troops are stationed in South Korea.

North Korea is holding at least three South Koreans and one Canadian.

Last month, North Korea’s Supreme Court sentenced a Canadian pastor to life in prison with hard labor for what it called crimes against the state. The offenses he was charged with included harming the dignity of the North’s leadership and trying to use religion to destroy the North Korean system, according to the North’s state media.