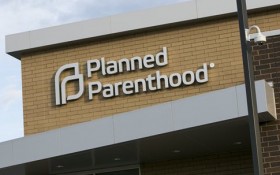 In a move that has provoked outrage among conservatives and pro-life advocates, a Harris County, Texas grand jury has declined to indict Planned Parenthood — and instead charged the two anti-abortion activists who produced undercover videos they allege show the abortion provider illegally selling baby parts.

Could it be Planned Parenthood that’s really behind the charges?

The pro-life group the Center for Medical Progress caused a firestorm of controversy after they released undercover footage last year showing what the group claimed was evidence that the nation’s largest abortion provider, Planned Parenthood, illegally sold fetal tissue to researchers for a profit.

The grand jury in Houston indicted the center’s founder and another activist on Monday, the first criminal charges against anyone in the anti-abortion group since the videos surfaced last year.

Center for Medical Progress CEO David Daleiden and activist Sandra Merritt each face a felony charge of tampering with a governmental record, which carries a maximum penalty of 20 years in prison. Daleiden also faces a misdemeanor count related to purchasing human organs.

The center’s footage from the Planned Parenthood clinic in Houston showed people pretending to be from a company called BioMax that procures fetal tissue for research touring the facility. Planned Parenthood has said that the fake company sent an agreement offering to pay the “astronomical amount” of $1,600 for organs from a fetus.

In a statement announcing the indictment, Harris County District Attorney Devon Anderson did not provide details on the charges, including which records were allegedly tampered with. Her office said it could not disclose more information, and it was unclear when the indictments would be made public.

“We were called upon to investigate allegations of criminal conduct by Planned Parenthood Gulf Coast,” Anderson, an elected Republican, said in her statement. “As I stated at the outset of this investigation, we must go where the evidence leads us.”

Daleiden issued a statement saying his group “uses the same undercover techniques” as investigative journalists and follows all applicable laws.

“We respect the processes of the Harris County District Attorney, and note that buying fetal tissue requires a seller as well,” he said.

The Texas video was the fifth released by the Center for Medical Progress.

After the lawsuit was filed, Daleiden told The Associated Press he looked forward to confronting Planned Parenthood in court.