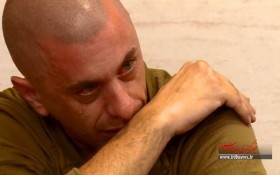 President Barack Obama’s nuclear deal with Iran was criticized heavily when it was announced, and leading conservatives warned it would do little to deter Iranian aggression toward Americans.

It seems Obama’s critics were right, as the Islamic regime continues to thumb its nose at Obama and the United States.

Iranians started nationwide celebrations Thursday to commemorate the anniversary of the 1979 revolution that brought Islamists to power. That also led to the takeover of the U.S. embassy in Iran, where dozens of American diplomats and citizens were held hostage for more than a year.

And in a move outraging the military community in the United States, Iranian state television aired embarrassing footage of an emotional U.S. sailor brought to tears by aggressive interrogations last month, mocking the U.S. military as weak and asserting Iranian dominance in the region.

The sailors were kidnapped after two of their boats mistakenly entered Iranian territorial waters; they were released the next day.

Across the country at large public rallies, demonstrators gathered in the thousands and chanted traditional slogans against the U.S. and Israel, and the streets in many cities were decorated with anti-U.S. and anti-Israeli banners and posters.

Iranian leaders also appeared in the rallies and on television. Qassem Soleimani, chief of the Quds Forces of the elite Revolutionary Guard, made a brief appearance.

The leader of the Basij paramilitary force, Mohammad Reza Naqdi, went on television to mock the Obama administration’s foreign policy, saying that “it is impossible to compare Iran today to Iran under the Shah’s rule, since then Iran was subordinate to the American administration, while today, the United States is subordinate to Iran’s dominance in the Middle East and it cannot act in the region without getting the approval of the Supreme Leader of Iran.” reports the Jerusalem Post.

Authorities also displayed an array of weaponry and military hardware, including the Emad long-range ballistic surface-to-surface missile and a version of the Shahed drone which flew over a U.S. aircraft carrier in the Persian Gulf last month.

New #Photos published of #USSailors, show them crying after being arrested by #IRGC #Iran pic.twitter.com/T32FBB4nxw