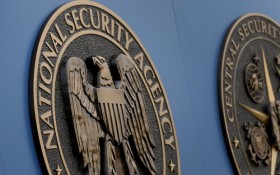 The Senate quietly passed a bill Tuesday they claimed is aimed at improving cybersecurity by encouraging companies and the government to share information about threats.

But civil liberties advocates are angry, saying the government is using this bill to gather secret information from major US companies on their customers. And citizens aren’t allowed to know what information on them is being shared, and with whom.

The Cybersecurity Information Sharing Act passed by a 74-21 vote. It overcame concerns about privacy and transparency from voters, civil liberty organizations and major technology companies, such as Apple and Yelp.

Sen. Ron Wyden, D-Ore., who opposed the bill, offered an amendment addressing privacy concerns, but it failed to pass. It would have required companies to make “reasonable efforts” to remove unrelated personal information about their customers before providing the data to the government.

Senators also rejected an amendment Sen. Patrick Leahy, D-Vt., had offered that would have removed a provision to keep secret more information about materials that companies provide to the government. Leahy criticized the bill’s new exemption from the U.S. Freedom of Information Act as overly broad because it pre-empts state and local public information requests, and it was added without public debate.

Despite the lengthy road to pass the Senate bill, it’s unclear whether it would improve Internet security.

“Passing the bill will have no effect on improving cybersecurity,” said Alan Paller, director of research for the SANS Institute.

The U.S. and the technology industry already operate groups intended to improve sharing of information among the government and businesses, including the Homeland Security Department’s U.S. Computer Emergency Readiness Team.

“What this bill means is more internet users’ personal information being funneled, will be directed to, the National Security Agency under a cybersecurity umbrella,” said Greg Nojeim, senior counsel for the Center for Democracy and Technology, a Washington-based civil liberties group.

The White House has said it supports the information-sharing bill.