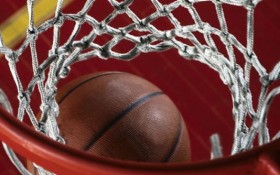 A Langhorne, Pennsylvania high school basketball coach who apparently head-butted a referee during a game has been put on leave.

As Devine charges onto the court, another referee approaches him and the coach appears to head-butt the ref, knocking him to the floor.

Devine was ejected from the game.

The school district says in a statement Wednesday that the coach, who also teaches algebra and history, has been placed on administrative leave pending a review of the incident.

Watch the video below and tell us what you think.

The video from our broadcast of what appears to be Neshaminy Head Coach Jerry Devine headbutting an official. pic.twitter.com/TLEAvwJXG4