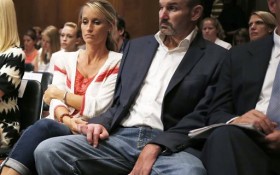 The NFL will ask a U.S. appeals court to uphold a potential $1 billion plan to settle thousands of concussion lawsuits filed by former players.

Critics appealing the settlement on Thursday complain it protects some retirees at the expense of others.

The awards could reach several million dollars for men with Alzheimer’s disease, Parkinson’s disease, amyotrophic lateral sclerosis and advanced dementia. However, they do not cover depression, seizures and mood disorders, which some experts link to concussions.

There also are no awards for future cases of chronic traumatic encephalopathy, the brain decay found after the suicides of Junior Seau, Dave Duerson and other troubled ex-players.

“Class counsel bargained away the rights of more than 20,000 former NFL players — many of whom are suffering the serious effects of CTE, fairly called ‘football’s industrial disease.’ This alone is reason to reject the settlement,” lawyer Steven F. Molo wrote on behalf of clients appealing the settlement.

Prior deaths involving CTE can trigger awards of up to $4 million, but the negotiators set a cutoff date to avoid incentivizing suicides. The problem cannot currently be diagnosed in those who are living.

Senior U.S. District Court Judge Anita B. Brody approved the settlement plan last year, after persuading the NFL to remove a $765 million cap. The settlement would provide baseline neurological testing and related medical claims for 65 years. Negotiators said the players would have had a tough time proving their case in court.

“(Their) claims faced substantial legal and evidentiary hurdles,” NFL lawyer Paul Karp wrote in an appellate brief. Instead, he said, they “secured relief that provides immediate, significant, and enduring benefits.”

Former U.S. Solicitor General Paul Clement will argue for the league before a three-judge panel of the 3rd U.S. Circuit Court.

The lead players’ lawyers who negotiated the deal say clients like former Philadelphia Eagle Kevin Turner, battling ALS, need the money immediately for their care. The lawyers stand to collect up to $112 million in fees from the NFL if the deal goes through.

The league expects about 6,000 former players, or nearly three in 10, to develop Alzheimer’s disease or moderate dementia. They likely would get an average of $190,000, given reductions based on advanced age, other medical conditions and their time in the league.