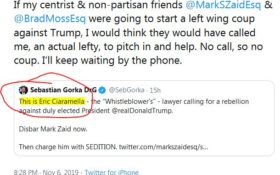 Fox News dropped a stunning bombshell on the Ukraine whistleblower — and when his lawyer responded on Twitter, it changed everything for President Donald Trump and his supporters.

Trump’s political allies have repeatedly warned that the impeachment inquiry being conducted by Democrats is a “Soviet-style” secret hearing, similar to a coup.

After the whistleblower’s own lawyer’s remarks from 2017 were uncovered, he rushed to Twitter to defend himself.

And in doing so, he confirmed that the identity of the Ukraine whistleblower is Eric Ciaramella.

Mark Zaid, a lawyer for the previously unknown Ciaramella, retweeted a defense of his previous calls for a “coup” — and it named his client. 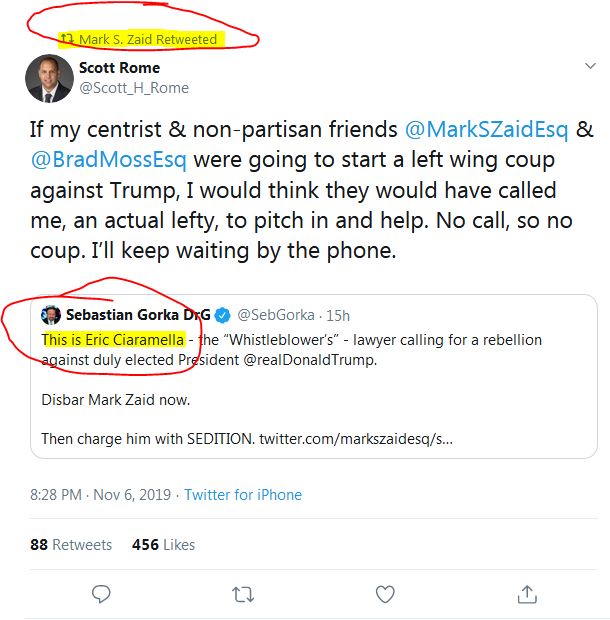 The tweets Zaid were defending are disturbing. He showed bad judgment, regarding his client anonymity.

“First of many steps. #rebellion. #impeachment will follow ultimately. #lawyers.” 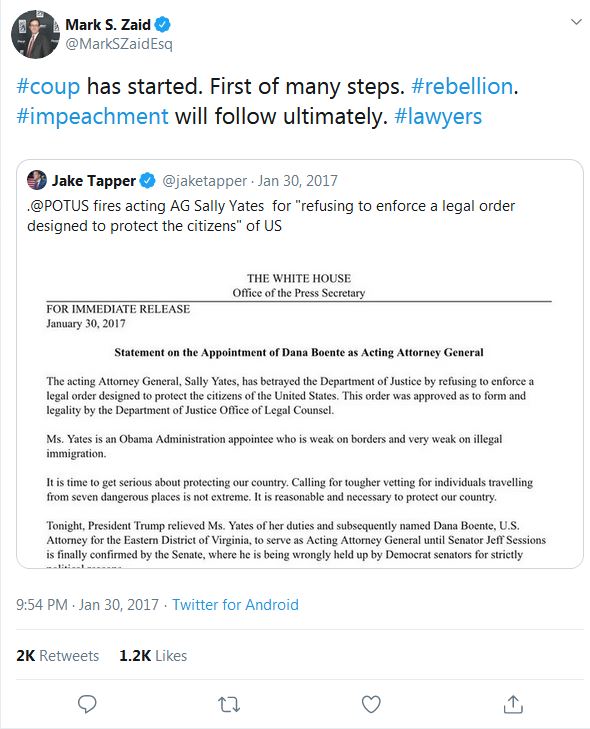 Trump himself has blasted the media for not reporting the name of Ciaramella, who had previously been identified by some conservative media as the whistleblower who spurred the Democrat-led impeachment inquiry.

U.S. whistleblower laws exist to protect the identity and careers of people who bring forward accusations of wrongdoing by government officials.

In a statement shortly after Trump Jr.’s tweet, other attorneys warned that “Identifying any suspected name for the whistleblower will place that individual and their family at risk of serious harm.”

The Inspector Generals office has not confirmed the identity of the whistleblower.

Trump’s allies have painted Ciaramella as a liberal “Never Trumper” and held up his prior anonymity as proof of a conspiracy with Democrats.

According to reports, the whistleblower sought advice from Congressional Democrats before coming forward with his complaint. Rep. Adam Schiff, D-Calif., and his Democratic allies did not share the information with their Republican colleagues.

His lawyer’s uncovered tweets added fuel to that fire.

For years, the whistleblower’s legal representative has been talking about forcibly removing the president from office.

And in defending his actions, he confirmed Ciaramella’s identity.

Zaid doesn’t even try to hide his disdain for the commander in chief, nor his desire to see Trump forcibly removed from office.

He’s bragged to his followers that the “coup has started” and that “CNN will play a key role” in ousting Trump. 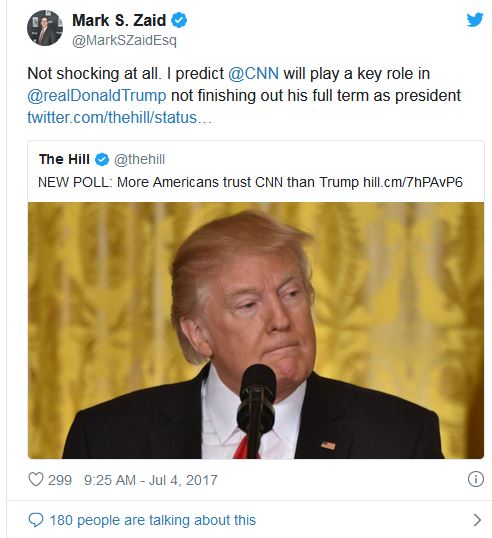 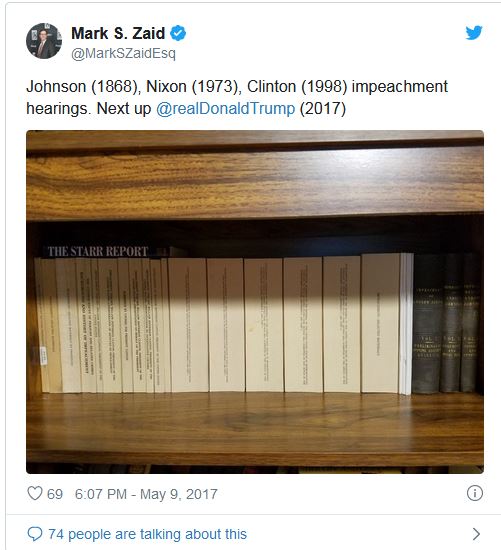 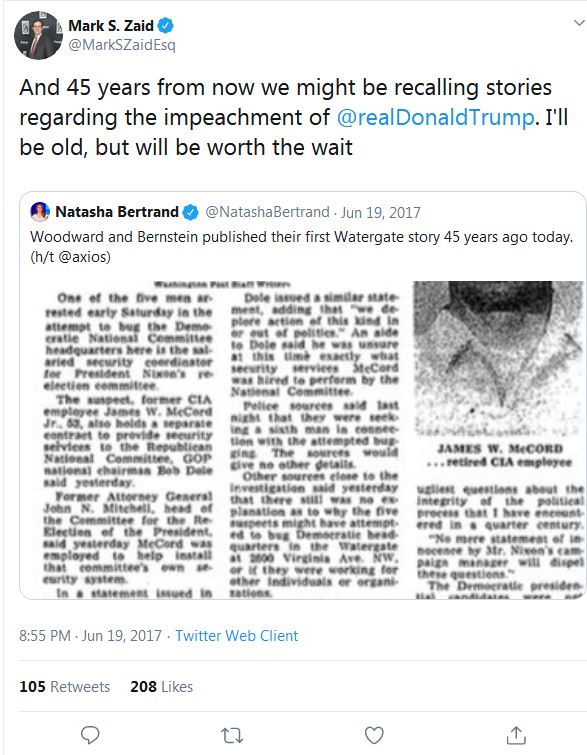 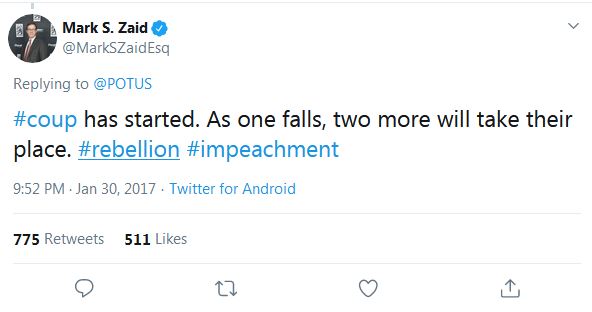 His bias couldn’t be any more obvious — and it’s very, very disturbing.