[Must see] At a basketball game, Olympian Michael Phelps strips down to... WHAT!? - The Horn News 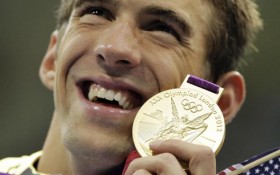 Michael Phelps created quite the distraction Thursday when he stripped down to a tiny swim suit and flashing his abs at the other team.

The Olympic great, who is training at Arizona State University this year, was looking to help the school’s college basketball team Thursday.

Phelps appeared from behind the ASU student section’s “Curtain of Distraction,” standing between two shirtless students with 13:47 left to play.

With gold medals around his neck and a yellow swim cap on his head, and little else, Phelps stripped and danced as Oregon State’s Stephen Thompson Jr. missed two foul shots. The moment drew the loudest cheers from the crowd at Wells Fargo Arena.

Arizona State coach Bobby Hurley says Phelps “made a major contribution to the game.” Phelps lives in suburban Phoenix and plans to become a volunteer assistant coach at ASU after the Rio Olympics. 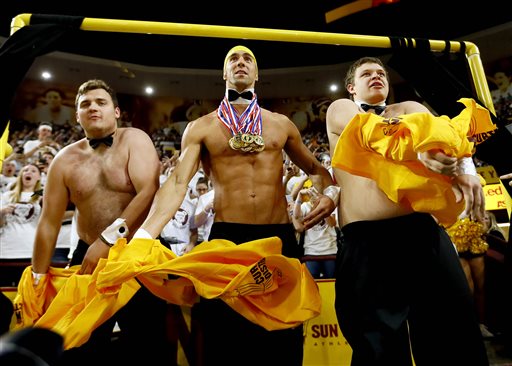 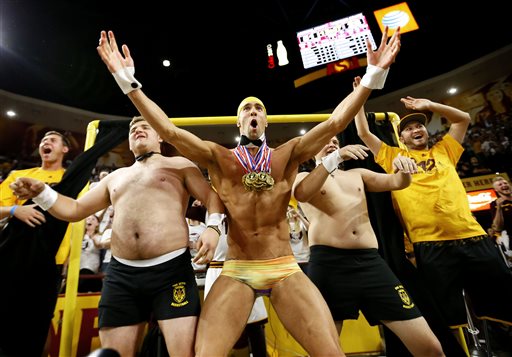