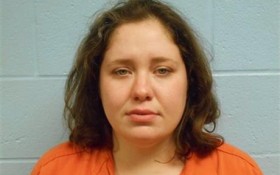 A 25-year-old woman accused in the deaths of four people at the Oklahoma State homecoming parade is scheduled to appear in court today — and her legal team may already be laying the groundwork to mount an insanity defense to keep her out of prison.

Adacia Chambers was initially arrested on suspicion of driving under the influence after the crash Saturday morning in Stillwater that also injured dozens of people. But late Sunday, police said Chambers was also being held on four counts of second-degree murder for the deaths of three adults and a toddler.

Under Oklahoma law, second-degree murder charges are warranted when someone conducts an act that’s “imminently dangerous to another person” but does so without premeditation. Each count is punishable by at least 10 years in prison.

But Tony Coleman, Chambers’ attorney, is already trying to argue that his client is mentally incapacitated.

He said at a news conference in Oklahoma City that he believed his client suffers from a mental illness and that there was no indication that she was drinking before the crash. Police are awaiting blood tests to determine whether Chambers was impaired by drugs or alcohol.

“I absolutely can rule out alcohol,” Coleman said.

He said he spoke with Chambers for about an hour.

“During that entire interview, I was not satisfied at all that I was communicating with a competent individual,” Coleman said.

Konda Walker, an OSU graduate who was in Stillwater with her sister to celebrate homecoming, said she was only about 50 feet from the crash scene.

She said it took her a few seconds to process what had happened. There were bodies and injured people lying “all over the place,” Walker said.

“One woman was a crumpled mess on the road. They turned her over and started CPR. We realized she didn’t make it,” she said.

Among the injured were nine children 10 years old or younger.

At the corner of the intersection where the suspect’s car came to a stop, a makeshift memorial grew Sunday with balloons, flowers, stuffed teddy bears and candles with black and orange ribbons tied around them, for the school’s colors. A handmade sign read, “It’s always darkest before dawn. Stay strong.”

Hundreds gathered for a vigil at the campus Sunday night.