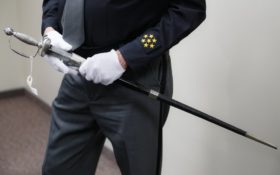 An Ohio sheriff wearing white gloves displayed a sword wielded in the American Revolution and by a future U.S. president in the War of 1812, and pledged Wednesday an exhaustive investigation to determine whether it’s the one that disappeared from Cincinnati four decades ago.

Police in Connecticut seized the sword last month, just before it was to be auctioned.

Members of the Harrison-Symmes Memorial Foundation, some 15 miles (24 kilometers) west of Cincinnati, are confident it is a historical sword that disappeared 40 years ago from the Cincinnati Historical Society. But would-be seller James Kochan, of Wiscasset, Maine, said he thinks the missing Cincinnati sword was a copy.

Neil agreed with the foundation members that the probability is high the sword he held is the real deal, and belongs back in Cincinnati. But he said his detectives, probate court investigators, the county coroner’s analysts and historians will study documents, photos, old letters and do interviews to verify that in what’s expected to be a lengthy effort.

“I still have a responsibility as a peace officer … to make sure this is in fact the sword in question that was stolen from the Cincinnati Historical Society 40 years ago,” Neil said.

But Kochan says he still believes he has rights to the weapon.

“The fact is, nothing has been established yet,” Kochan said by phone. “I have legal title to the sword they have.”

Kochan said he is veteran historian, curator and collector who bought the sword in 2015 from a collection being sold by Christie’s auction house in New York.

He was offering it Oct. 19 as part of an auction of artifacts from the American Revolution, the War of 1812 and the Napoleonic Wars. He said the sale would benefit his Mars & Neptune Trust, dedicated to the preservation of American military and naval history, sites and artifacts from before 1850.

However, Dave Sunberg, a Roman Catholic priest and a member of the Harrison-Symmes foundation who searches for memorabilia to add to its museum, spotted the sword online the day before the auction and emailed another foundation member.

Soon, word spread that they had apparently found the sword they believed had been stolen in Cincinnati some 40 years ago.

Windsor, Connecticut, police officers showed up at the auction house less than two hours before the sword was to go up for auction. Kochan said he had told the Harrison-Symmes foundation his sword was authentic and his to sell. He reluctantly turned it over to police.

It’s now in custody in Hamilton County, where the Harrison-Symmes foundation historians say the Symmes family donated it to Hamilton County Probate Court in 1922. Documents show the court loaned the sword to the Cincinnati Historical Society, which used it in a 1976 Bicentennial display.

Sometime within the next few years, it disappeared from storage in a Cincinnati museum.

The Harrison-Symmes foundation said the historical society didn’t publicize the alleged theft, and they became aware when they asked for it to display for a 1993 celebration of the 175th anniversary of the founding of the Village of Cleves, part of the large swath of land where John Cleves Symmes was a pioneering landowner.

“So we have been looking for the sword since 1993 and we think we’ve found it,” said Bev Meyers, the foundation’s president.

Like the missing sword, Cincinnati authorities say this one was made by Jacob Hurd around 1776 and is inscribed with the names of six Symmes family members and Harrison. Kochan said a modern jeweler could engrave the names on another sword.

Hamilton County Probate Judge Ted Winkler, who said the sword should be on public display as part of local history, said Kochan’s suggestion is “not a very strong argument in my opinion.”

Police said Kochan, a Miami University alumnus, has been cooperative and seems genuinely surprised by the claims about the sword. He said Wednesday he’s “looking into my options” to regain the sword.

It seems likely the investigation will last longer than Harrison’s presidency. The ninth president developed pneumonia and died on his 32nd day in office.

You can view the photos below: 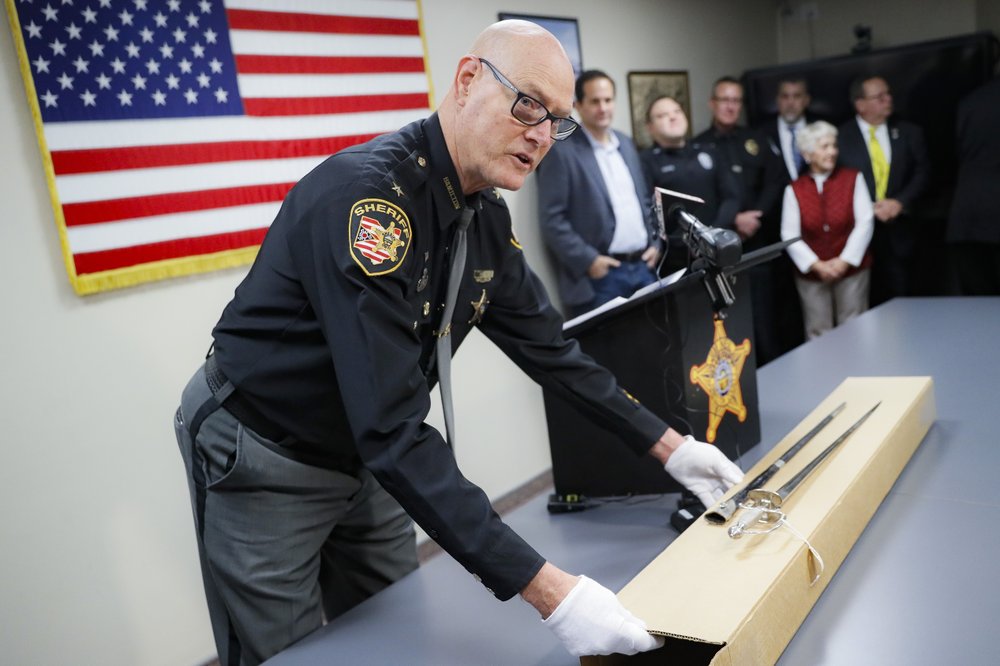 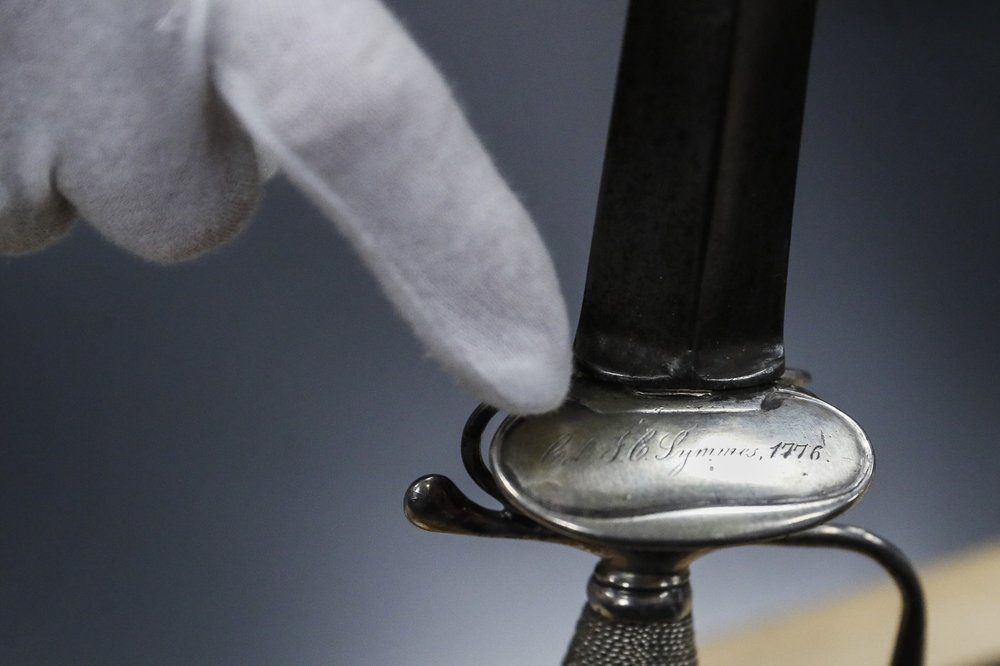 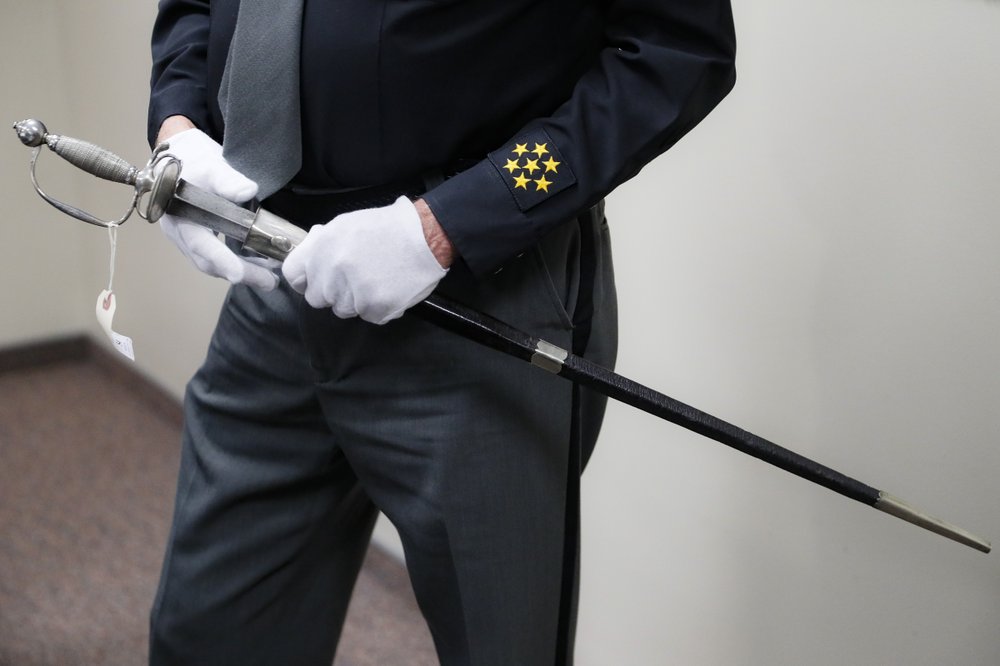