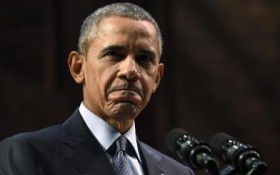 New federal reports show that the ObamaCare state co-ops have entered their “death spiral” and all but a handful may cease to exist by the end of the year.

And it has cost taxpayers a fortune.

When they passed the health care law in 2010, Democrats insisted on creating the non-profit insurance co-ops to “compete” with private insurance firms in each state.

But like every other aspect of that bill, they didn’t work as advertised.

The government gave billions of dollars in loans to help the co-ops get going. When they started, they offered basement-bottom insurance prices. That attracted the sickest customers, who were unable to get coverage in the past.

The influx of newer, sicker customers began what is known as the “death spiral.” Those customers went to the hospital so often that it raised insurance premiums, driving healthy members to drop out of the plan. As they left, the remaining insurance pool was even sicker, raising rates even higher and making the coverage so expensive no one wanted it anymore.

The co-ops, which some liberals prized as the jewel of the plan that could possibly replace private insurance, have proven that socialized medicine doesn’t work. Politifact reported that “the co-ops fared significantly worse than the U.S. average, failing at a rate that is about 40 percent faster than is typical” for a business.

And that’s just the tip of the iceberg. According to a GAO report issued in March, nine of the remaining 11 co-ops are subject to the federal government’s “escalation plan,” meaning they are bleeding money so badly that they need outside intervention to avoid massive fiscal losses.

But that doesn’t mean the leaders of these co-ops are feeling the pain. The head of New York’s now closed co-op, Debra Friedman of Health Republic Insurance, was paid $427,632 a year, and many other failed co-op leaders pulled in six-figure salaries.

Incredibly, of the $5.5 billion dollars the government gave the well-connected heads of all state co-ops, it has only recovered $1 million of the taxpayers’ money so far.

Federal bureaucrats have bungled things so badly that insurance companies are losing money on a product people are legally obligated to purchase.

Larry Levitt, an expert on the Affordable Care Act at the Kaiser Family Foundation, told The Hill there was no problem with ObamaCare. “The premiums were just too low.”

Blue Cross Blue Shield lost $400 million in North Carolina on ObamaCare plans alone, and it pulled out of the New Mexico marketplace after bureaucrats denied it the right to raise premiums as much as it needed to make money – 51.6 percent.

Insurance companies nationwide are threatening massive premium increases just to remain solvent while struggling beneath the burden of federal rules.

When he was running for president in 2008, Obama promised to lower the average family insurance premium by $2,500. Instead, premiums have increased every single year of his administration. The cost of Silver health care plans increased by 7.5 percent last year, Bronze by 12.7 percent.

And the costs just skyrocketing, with no end in sight.

The Congressional Budget Office (CBO) announced this year that the cost of ObamaCare will be $136 billion higher than anticipated, even though nine million fewer people will enroll in it than projected. Only in Obamaland could spending more money on fewer people be considered a success.