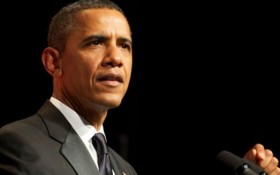 The nation’s largest private insurer has decided to pull out of ObamaCare in all but “a handful” of markets, a move that is likely to touch off insurance premium spikes that could cost customers over $1,000 a year — and possibly could lead to a collapse of the entire system.

After losing $1 billion over the last two years, the UnitedHealth Group has announced it will no longer provide ObamaCare coverage in virtually all of the 34 state ObamaCare exchanges where it sells health insurance – despite over $1 trillion in pledged support over the next 10 years.

If no other company steps in to fill the unprofitable vacuum, it will leave ObamaCare markets ready to implode in much of the country .

To be able to function, a state exchange must have at least three insurance companies competing for customers, according to the Kaiser Family Foundation.

If UnitedHealth leaves the ObamaCare exchanges altogether, that will leave 53 percent of Americans – 2.4 million people in mostly small towns and rural areas – with one or two insurers to choose from. It would cause the number of people who have only one insurance provider available to more than quadruple.

In much of the country, people would have only one insurance company to “choose” from.

This isn’t exactly what the president promised when he pitched the Affordable Care Act. In 2013, President Obama said, “This law means more choice, more competition, lower costs for millions of Americans.” Chalk up another one of ObamaCare’s broken promises.

After hearing that UnitedHealth may be heading for the exits, a spokesman for the Centers for Medicare & Medicaid Services responded by saying, apparently without any hint of irony, “The marketplace should be judged by the choices it offers consumers.”

That would be none.

Obviously, decreasing the supply will trigger price increases – a fact ObamaCare’s defenders are trying their best to minimize. UnitedHealth’s departure, they say, would only cause the premium of the national benchmark plan to rise by one percent.

But people don’t pay the national benchmark’s price. Their rate is based on their local market.

In 13 counties, if UnitedHealth leaves the market, customers will pay more than $100 in extra premiums every single month. In 304 counties, the difference would be between $25 and $100 monthly, or $300 to $1,200 a year for each insurance policy.

The impact will be more catastrophic if any of the other Big Five insurers follows UnitedHealth out the door. Aetna has hinted it may do so. Its CEO, Mark Bertolini, said its ObamaCare “business remained unprofitable in 2015, and we continue to have serious concerns about the sustainability of the public exchanges.”

The companies are the latest, but far from the only, victims of the Affordable Care Act, which President Obama promised would insure more people with more serious health problems while somehow cutting costs. A series of financial tricks and bureaucratic regulations were designed to keep the public from seeing its true price tag.

One of those was to deny insurance companies the ability to charge fees based on the patient’s health and likely burden to others – the only way to remain solvent.

As The Horn News reported, 12 of the nation’s 23 ObamaCare co-ops have already failed, and the entire system appears to entering a “death spiral.”

Desperate to stop the red ink, insurance companies have increased premiums, sometimes by 30 percent or more a year.

For the most part, this has remained hidden to the consumer, because of another ObamaCare gimmick: taxpayer subsidies.

About 85 percent of ObamaCare recipients qualify for some taxpayer funding to offset their premiums. Despite double-digit premium increases, after we all chip in to pay their insurance bill, most consumers have only seen the price they pay increase by four percent.

Of course, that’s a parlor trick. The subsidies are paid for by taxes. So, the Obama administration is just taking money from the consumer’s right pocket and putting it in his left pocket, after taking a hefty bite out of it in transit.

The system has also shifted 68 million people –- 16 million more than anticipated -– onto state health care, either Medicaid or CHIP programs for children. This continues to leach away money from the productive economy into the government’s coffers.

And as time goes on, and ObamaCare becomes more unstable, the amount American taxpayers fork over is only going to increase. According to a new CBO report, ObamaCare subsidies will increase $1.1 trillion over the next decade.

That is, if Aetna or another of the Big Five insurers doesn’t follow UnitedHealth’s lead and leave the ObamaCare exchanges to collapse like a house of cards.