Obama seeks $1 billion for monument to himself - The Horn News 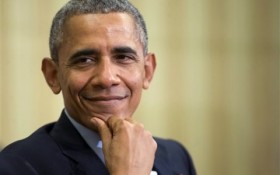 When Obama announced the plans to build his presidential library in Chicago, even his most outspoken critics were shocked by his plans — and they’ve started sounding the alarm.

The president has announced that he’s seeking to raise an eye-popping $1 billion in outside donations for this project. To put that number in context, consider that President Ronald Reagan raised just $52 million for his library.

In fact, with this huge price tag, the Obama library — by itself — will cost approximately the same amount as every single presidential library since FDR combined.

This isn’t a library, as much as Obama’s personal testimony to his greatness.

What has critics concerned is the potential for political favors being traded for funds. Raising that kind of capital isn’t easy. And in the smoke-filled backrooms of Washington, D.C., huge donations most often come with a price.

“There’s a significant problem here,” Daniel Schuman, Policy Counsel for the Sunlight Foundation, a nonprofit group which advocates greater government openness, told NBC News. “Donations to presidential libraries are kind of the wild, wild west of influence.” Schuman continued, “Presidents often start raising money for these libraries while they’re still in office, usually two or three years before they leave office, and money can come from anywhere — from foreign governments, from foreign officials, from lobbyists, from anywhere.”

Schuman added, “You can give millions and millions of dollars to someone who is currently in office to create a mausoleum, and we will never know that a donation has been made.”

Obama wouldn’t be the first Democratic president to come under scrutiny for their fundraising while in office. “During Bill Clinton’s presidency, songwriter and Democratic donor Denise Rich pledged $450,000 to the building of the Clinton library. In his final hours in office, Clinton issued a pardon to Rich’s ex-husband, fugitive commodities trader Marc Rich, who had fled to Switzerland in 1983 before being indicted on fraud and tax evasion charges,” according to NBC News. “Lawmakers from both parties condemned the Rich pardon, with Sen. Charles Schumer, D-N.Y., saying it ‘makes a mockery’ of the U.S. justice system.”

Even Obama’s hometown paper is wary of the plan. “The thoughtful, scholarly study of the presidency is important. So, too, is the celebration of a president by the community or state that launched his or her career. But $1 billion edifices are not just too expensive, they also stand in conflict with the very idea of citizen leaders,” writes Dan McGinn in The Chicago Tribune.

“The next president should pledge that he or she will not build a bricks-and-mortar library. Instead, he or she should create the first totally virtual library. The critical objectives of scholarship and transparency, as promoted by Roosevelt and Truman, would still be honored. But the unseemly and irresponsible shilling by former presidents would come to an end,” McGinn says.